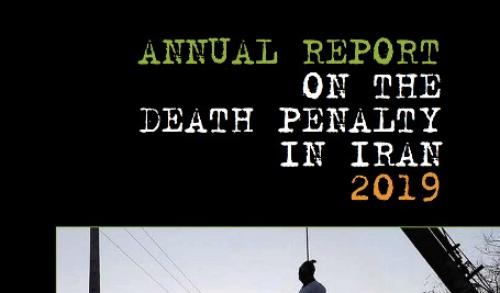 Iran Human Rights, in its "Annual Report on the Death Penalty in Iran in 2019", addresses the theme of the "Revolutionary Courts". At least 55 of the 280 executions in 2019 (20%) were based on death sentences issued by the Revolutionary Courts. The 12th annual report on the death penalty of Iran Human Rights (IHR) and ECPM (see Hands off Cain 31 March 2020) provides, among other things, an in-depth analysis on the theme of the Revolutionary Courts. They were initially founded in 1979, together with the Revolutionary Guards Corps (also known by the Persian name pasdaran) immediately after the takeover of Khomeini with the task of trying the exponents of the previous regime of the Shah Mohammad Reza Pahlavi, the king who had governed in an authoritarian way in Iran since 1941.
The Revolutionary Courts were established to deal with the officials of the former regime but they continue to operate and are responsible for the vast majority of the death sentences issued and carried out over the last 41 years in Iran. The Courts are not transparent and Revolutionary Court judges are known for greater abuse of their legal powers than other judges. Revolutionary Court judges routinely deny attorneys’ access to individuals who are subjected to extensive interrogations under severe conditions. According to the former UN Special Rapporteur on the situation of human rights in Iran, Ahmed Shaheed, who interviewed 133 people facing trial in the country for a 2014 report focused on Iran’s juridical system, 45% of those interviewed reported that they were not permitted to present a defense; in 43% of cases trials lasted only minutes and 70% of interviewees reported that coerced information or confessions had been reportedly used by the judge or made up at least part of the evidence presented by the prosecution. Some 65% of interviewees reported that the judge displayed signs of bias such as by reproaching or interrogating defendants and limiting their ability to speak and present a defense.
A Resolution presented at the European Parliament set out that the Iranian courts regularly fail to ensure fair trials, with the denial of access to legal counsel and denial of visits by representatives from consulates, the UN or humanitarian organisations, and permit the use of confessions obtained under torture as evidence; there are no independent mechanisms for ensuring accountability within the judiciary, and serious concerns remain over the politicisation of judges, particularly those presiding over Revolutionary Courts.
In a series of interviews with the IHR bi-weekly Farsi law journal Hoghogh-e-ma, several prominent Iranian lawyers and jurists in the country questioned the constitutionality of Iran’s Revolutionary Courts and called for their dissolution. All cases regarded as security-related, such as cases involving political and civil activists and others allegedly involved in corruption and drug-related charges, are processed by the Revolutionary Courts.
Among the charges punishable by death, murder and rape charges are tried by the Criminal Courts, while all security-related charges, corruption, and drug trafficking are processed by the Revolutionary Courts.
SHARE OF THE REVOLUTIONARY AND CRIMINAL COURTS IN EXECUTIONS IN 2019.
As mentioned before, rape and murder (qisas) cases fall within the jurisdiction of Criminal courts, while cases of moharebeh, corruption on earth and rebellion charges as well as drug-related cases fall under the jurisdiction of Revolutionary Courts. After enforcement of the new amendments to the Anti-Narcotics law, the number of implemented death sentences issued by the Revolutionary Courts has shown a significant decrease (See Hands off Cain, April 8, 20202).
At least 55 of the 280 executions in 2019 (20%) were based on death sentences issued by the Revolutionary Courts. Numbers for the previous eight years are presented in the diagram above. This is a significantly lower percentage than in the years prior to 2018. This is due to the significant reduction in the number of executions for drug charges.
IHR reports since 2010 show that 3,526 of the 5,486 executions (64%) in the last seven years were based on death sentences issued by the Revolutionary Courts.
The Revolutionary Courts are most infamous for the summary execution of the political opposition during the first decade of establishment of the Islamic Republic in the 1980s.
However, data collected by IHR shows that even in the 4th decade after the Islamic Revolution the Revolutionary Courts have been responsible for the majority of death sentences leading to executions in Iran.