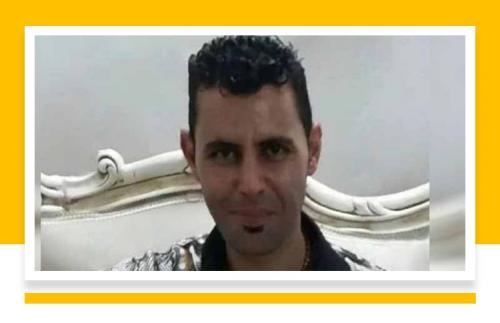 Hossein Reyhani Sentenced to Death. A young man arrested during the November 2019 uprising in Iran, has been charged with “enmity against God”, an intentionally vague charge that carries the death sentence. Hossein Reyhani, who has been held in limbo at the Greater Tehran Penitentiary since his arrest, recently wrote in a letter that he was arrested and convicted for sending a text message that read, “they burnt the bank”, to a friend. The authorities said that this proved that he had set fire to the National Bank of Eslamshahr. Reyhani was arrested on December 8 at his Eslamshahr home during the wave of arrests and enforced disappearances that followed the protests, which began over a rise in fuel prices. During the arrest, IRGC intelligence agents beat Reyhani before taking him to the IRGC’s main detention center in Ward 2-A of Evin prison, in Tehran, where he was tortured. He was later moved to the Judiciary Intelligence Detention Center, before being transferred to the Greater Tehran Penitentiary. He has never been allowed a lawyer. Hossein Reyhani's name was on a list of those arrested that Hands off Cain had published on February 3, 2020 (see). During the uprising, the regime killed at least 1,500 people.