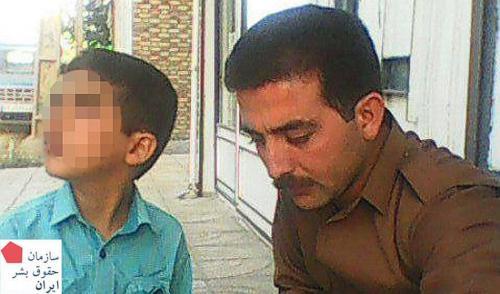 According to Aboubakr Abdollahpour, father of Kurdish political prisoner, Hedayat Abdollahpour, his son was executed 20 days ago in Oshnavieh prison. Hedayat’s execution was carried out while his lawyers have not received any information about the execution so far. Hedayat's family have been told by Iran authorities that they would not reveal his burial location. Hedayat was transferred from Urmia Central Prison to an undisclosed location on May 9, 2020. Iran Human Rights (IHR) had warned about the possibility of his imminent execution following the transfer. Today, his father informed IHR that his son has been executed. According to Aboubakr, an official in the Urmia judiciary said that Hedayat was executed 20 days ago in the city of Oshnavieh, West Azerbaijan province. “I asked them to show me his grave. I would like to take my grandchildren to their father’s grave to mourn. However, the authorities said they won’t reveal the location of the burial,” Aboubar Abdollahpour told IHR. Osman Mozayyan and Maziar Tataei, Hedayat’s lawyers, have yet to be informed of the execution. Hedayat Abdullahpour was arrested along with at least six others in the village of Qareh Soqol in Oshnavieh area on June 15, 2016. The seven detainees were accused of providing food and shelter to members of the Kurdistan Democratic Party of Iran during clashes with the Revolutionary Guards. Hedayat is the only one of those detained to be sentenced to death on charges of "rebellion" following a complaint by the Revolutionary Guards and ruling by the 1st Branch of the Islamic Revolutionary Court of Urmia. His sentence was overturned by the 47th Branch of the Supreme Court and referred to the 2nd Branch of the Islamic Revolutionary Court of Urmia for review. Hedayat was again sentenced to death by this branch, and the sentence was finally upheld by the 47th Branch of the Supreme Court.

Hedayat was executed while his case was at the Amnesty and Pardon Commission. The move is not unprecedented. Ramin Hossein Panahi, a Kurdish prisoner was executed in Rajai Shahr Prison in Karaj, while his case was still at the Amnesty and Pardon Commission. There has been a sharp rise in prison executions in Kurdish areas in recent months. According to the IHR statistics department, in the past ten years, the majority of political prisoners executed for affiliations with opposition groups have been ethnic minorities, of which, the Kurds make a significant number. The executions are usually carried out without informing the family or legal representatives of the prisoner and the location of their graves are rarely reported to their families.