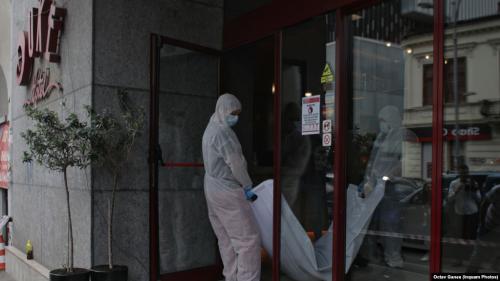 A former Iranian judge who fled to Romania and was found dead in Bucharest on June 19 spoke with his family and sounded fine hours before his body was found in a hotel, his attorney says.
Etemaad Online, a local news website quoted the lawyer, Amir Hossein Najafpur Sani in Tehran as saying that he was shocked when he found out from media reports that Gholamreza Mansouri’s dead body was found in the early afternoon hours of Friday in Bucharest’s Duke Hotel.
Mansouri was a highly controversial judge and prosecutor in Iran who fled the country last year after arrests of high-level judicial officials began in Iran. As the trial surrounding a large corruption case started, his name came up as one of the accused who had taken a 500,000-euro bribe.
However, once the news about his presence in Europe broke out earlier this month, Iranian human rights activists in the West began a campaign to have him arrested to stand trial for numerous rights violations he had committed against journalists.
His attorney told Etemaad that the family spoke with him at 13:30 Central European Summer Time (CEST) and Mansouri was in normal health and conversed in a normal manner. He also reiterated that later he realized the deceased’s WhatsApp account had been active until 12:45 CEST.
Mr. Sani also demanded answers from Romanian authorities, saying they were responsible to protect the life of his client.
Many Iranians on social media say that Mansouri’s death is ore likely to have been a murder, either by Iran’s intelligence organs or the group of corrupt former officials on trial in Iran.
If Mansouri were tried in Europe for human rights violations, that would have exposed the Islamic Republic to serious disgrace.