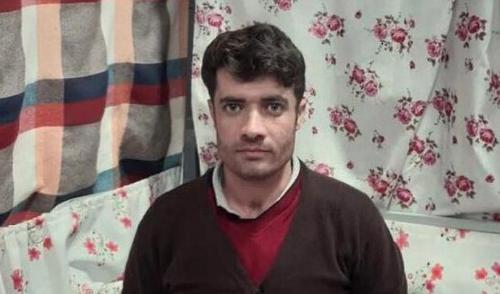 Firuz Musalou (Mousa Lou) secretly executed in Urmia Prison on June 20.
Kurdish Political Prisoner Firuz Musalou was secretly executed on charges of moharebeh in Urmia Central Prison on 20 June after a trial that lasted just minutes. Neither his family nor his lawyer were informed of his scheduled execution and his body was secretly buried without being returned to the family.
Official sources have reported the execution of a man for the murder of two border forces without revealing the name and details of the case which seems to have been Firuz Mousalu.
One of his relatives previously told Iran Human Rights: “Firouz surrendered to security forces on Thursday, June 11, 2019, after receiving safe passage from the Revolutionary Guards at the Sardasht border.
In March he was sentenced to death by Branch 2 of the Urmia Revolutionary Court on charges of moharebeh for ‘armed uprising’ through membership in Kurdistan Workers' Party (PKK).”
Firuz Musalou was from the village of Ghotoor (Qotur, Kotol) in Khoy.
“After speaking to them several times, the IRGC Intelligence organisation convinced the Musalou family to get their son out of the group. The IRGC guaranteed that they would release him after three days and provide him with a letter of protection. The Musalou family trusted the IRGC and entered the Kurdistan Region in Iraq legally to bring their son back so he could surrender himself,” his relatives told Iran Human Rights.
“They convinced Firuz to come back to Iran with his family and turn himself over to the IRGC. He surrendered at the Sardasht Province IRGC Intelligence at the first opportunity and the IRGC told his family to go to Urmia Court in four days for his release,” the source continued.
Firuz was transferred from the IRGC Intelligence Sardasht branch to the Urmia branch where he spent eight months under “torture and interrogations” in their detention.
“The IRGC was looking to fabricate a case against him for participating in an armed operation. This is while Firuz had denied taking part in any armed operations, the IRGC tricked his family so they could fabricate a case against him,” the source concluded.
Iran Human Rights strongly condemns Firuz Musalou’s arbitrary execution and holds the Supreme Leader Ali Khamenei directly responsible for the crime.
Director, Mahmood Amiry-Moghaddam said: “Firuz Musalou’s execution is unlawful according to the Islamic Republic’s own laws. The breaches in the case that include forced confessions under torture, trial lasting minutes, secret execution and not returning the body to his family to torment them, all clearly show that the Islamic Republic’s judiciary is an institution of repression which adds a legal gloss to their crimes.”
Firuz Mousalu’s brother told Iran Human Rights: “The family went to the court and asked for his body. The judge and the prosecutor’s representative told them that they weren’t permitted to return his body and had buried him themselves. The family had no idea Firuz was about to be executed and even his lawyer wasn’t informed.”
“He had three court appointed lawyers who took 2 billion tomans from us but Firuz told us that none of the lawyers defended him in the trial that only took minutes and he was sentenced to death. During his interrogations, he had confessed to the murder of two border officials under physical torture because he had no choice but to confess. They also forced him to do a televised confession. Firuz hadn’t killed those two people and had nothing to do with their deaths.
At least 69 people have been executed in Iranian prisons in the last three weeks. On June 8, Iran Human Rights reported the highest monthly execution rate since 2018 and warned of the dramatic rise in the use of the death penalty in Iran.

The death sentence of a Kurdish political prisoner Firouz Mousa Lou was carried out secretly (hengaw.net)