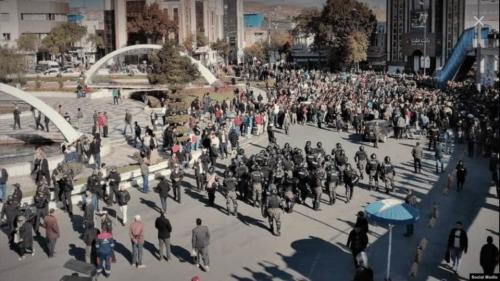 Eight more Iranian protesters sentenced to death. The cases of eight protesters have been finalized, and they have been charged with “spreading corruption on earth” in Isfahan, the state-run Quds Online reported the province’s chief justice Mohammadreza Habibi as saying. “If laws are broken, like what happened in 2009, 2017 and November last year, we will definitely deal decisively with the insurgents and the rioters,” Habibi said speaking at a Friday prayer sermon. Habibi did not say whether the eight individuals he referenced were arrested during the 2009, 2017 or 2019 protests. The Supreme Court of Iran upheld the death sentences of three Iranian protesters arrested during the country’s anti-government protests last November, the Human Rights Activists News Agency (HRANA) said on Wednesday. Protests broke out across Iran last November after the government introduced gasoline rationing and an overnight three-fold increase in gasoline prices price hikes. Thousands were arrested and about 1,500 Iranians were killed by security forces, according to a Reuters report.