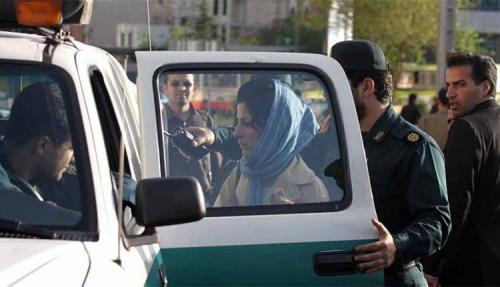 An Iranian Judiciary official in Razavi Khorasan Province announced that a considerable number of women in Mashhad had been summoned and detained for removing Hijab (the mandatory veil) in their photos posted on social media.
Vali Ghanbari-Rad, deputy to the Public and Revolutionary Prosecutor of Mashhad, capital of Razavi Khorasan Province, said a large number of women were arrested for posting unveiled photos of themselves in the Instagram, the official IRNA news agency reported on June 15, 2020.
The deputy to the Public and Revolutionary Prosecutor of Mashhad did not specify the exact numbers or identities of those arrested for taking photos after removing Hijab and posting them on the internet.
Ghanbari-Rad described the photos as “obscene” which promote “indecency and lewdness in the Instagram.”
Some of the many citizens arrested have been assigned penal sentences and sent to prison. Some others have been freed on bail, and their cases sent to the Judiciary to be decided on.
Ghanbari-Rad said some of the identified women have appeared before the courthouse, expressing remorse. Their sentences have been suspended and they will have to take in “cultural” courses, i.e. to correct their behavior.