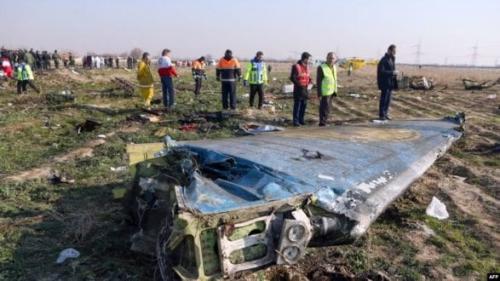 Canada Continues Pressure On Iran To Hand Over Black Boxes Of Downed Airliner. Canada and four other countries are still trying to pressure Iran to release the flight recorders from a Ukrainian passenger plane shot down in January over Tehran, Transport Minister Marc Garneau says. As Ukraine International Airlines Boeing 737-800 took off from Tehran’s Imam Khomeini international airport on January 8, heading for Kyiv, two Islamic Revolution Guards Corps’ missiles were fired at the plane which brought it down near the capital city, killing all aboard. Victims of the crash included 82 Iranians, 63 Canadians, 11 Ukrainians, 10 Swedes, four Afghans, three Germans, and three Britons. It took Iran’s authorities three days to admit that the Islamic Revolution Guard Corps’ (IRGC) missiles hit the passenger plane. Most of the passengers were Canadian-Iranians. “The black boxes are still in Iran and we will continue to put pressure on the Islamic Republic,” Canadian Transport Minister Marc Garneau said on Sunday, May 31. (See also HoC 12/01/2020, 03/02/2020, 04/02/2020)