IRAN - Arsalan Khodkam, a Kurdish political prisoner, is at risk of execution 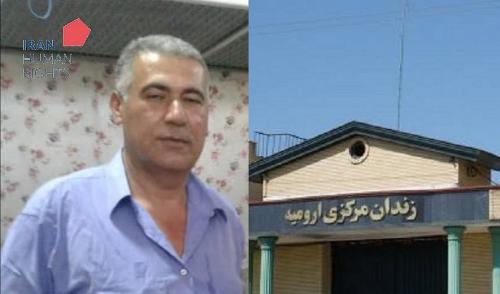 Arsalan Khodkam, 47, from Iran’s Kurdish minority, is at risk of execution in Urumieh prison in West Azerbaijan province. He was sentenced to death on 14 July 2018 for “spying” for the Kurdish Democratic Party of Iran (KDPI), an armed Kurdish opposition group, while working as a low-ranking officer for the Revolutionary Guards. He denied the charge and said that the authorities accused him of espionage after they learned that he was in communication, via Instagram, with one of his wife’s relatives, who was a member of the KDPI. He was sentenced to death less than three months after his arrest in a grossly unfair trial that lasted 30 minutes and relied on “confessions”, which he said were made under torture. In February 2020, his lawyer attempted to access his court documents and prepare a clemency application. The prosecution authorities told the lawyer that he could not represent Arsalan Khodkam and a clemency application previously submitted from inside prison had been rejected. In May 2020, his relatives were warned that his execution may be carried out at any moment. The use of the death penalty for “espionage” violates international law.