IRAN - Annual report on the death penalty in Iran. 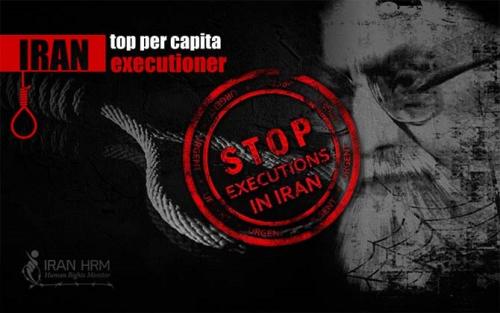 Annual report on the death penalty in Iran.
From October 2018 to October 2019, Iran Human Rights Monitor has recorded more than 273 executions in Iran.
At least 10 juvenile offenders and 13 women were executed, and 17 executions were carried out publicly.
There are six political prisoners among those executed.
Most of the executions in 2019, have been carried out in Raja’i Shahr Prison.
Iran executed 33 people on drug related charges, people convicted of vague charges such as “waging war on God” or “corruption on earth”, and people convicted on other non-violent crimes such as financial offences.
Iran has executed several people on vague charges with little transparency or due process.
At least eight prisoners convicted of “waging war on God” or “corruption on earth” have been executed in 2019.
They include Seyyed Jamal Haji Zavvareh, Maliheh Salehian, Abdullah Karmollah Chab, Ghassem Abdullah, Hamid Derakhshandeh, Behrouz Abdipour, Hossein Roshan and Mohsen Kounani.
At least 40 inmates convicted of similar charges are on death row in Iran.
Iran is also notorious for executing people for crimes that do not meet the basic international standard of limiting capital punishment to the most serious offenses.
In a recent case, the Tehran Revolutionary Court sentenced a supporter of the People’s Mojahedin Organization of Iran (PMOI/MEK) to death.
According to the sentence, the PMOI activist Abdullah Qasempour was sentenced to death and eight years of prison on charges of “enmity with God by membership in, endorsement of and cooperation with the People’s Mojahedin Organization of Iran”.
The Court accused 34-year-old Abdullah Qasempour of filming the incident and sending the video to media affiliated with the PMOI/MEK.