IRAN - Ali Arjangi, who was under 18 at the time of the crime, may be executed shortly. 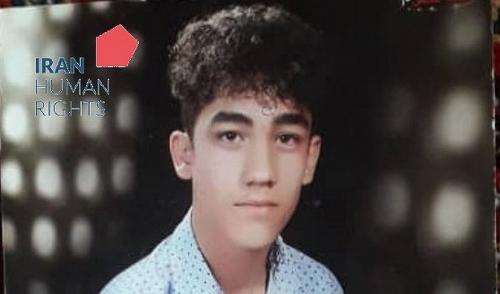 According to IHR sources, death row prisoner Ali Arjangi has been sentenced to death for an alleged crime committed when he was under 18 years of age. He is held in the Central Prison of Ardabil city.
IHR researchers have obtained documents proving that Ali was born on February 3, 2000. According to the Court documents, he was charged with murdering a man on May 8, 2017. Ali’s lawyer rejected murder charges and says it was conducted in self-defense.
However, a court in Ardabil sentenced him to death and the verdict has been upheld by the Supreme Court. Ali can be executed in the near future. Sources told IHR that forensics proved Ali’s “mental maturity” at the time of the crime.
Under Article 91 of the Islamic Penal Code, judges are allowed to issue alternative verdicts for the minors. The juvenile offenders whom a judge considers not mature enough to realize the nature of the crime committed can face prison terms.
However, according to Article 91 of Iran's revised Islamic Penal Code, it is up to the presiding judge's discretion to deem the juvenile mature enough to understand the nature of the offense:  "In the cases of offenses punishable by hadd or qisas, if mature people under eighteen years do not realize the nature of the crime committed or its prohibition, or if there is uncertainty about their full mental development, according to their age, they shall be sentenced to the punishments prescribed in this chapter." Otherwise, the Islamic Penal Code puts the age of criminal responsibility for males at 15 and 9 for females.
IHR once again emphasises that Article 91 in the revised Iranian Islamic Penal Code is not enough to stop juvenile executions. Iranian authorities must stop issuing death sentences for children with no exception.
So far in 2020, at least two juvenile-offenders have been executed in Iran. One juvenile offender has also been beaten to death by the prison guards in 2020. Another juvenile offender committed suicide hour before his execution.
Iran is among a few countries that execute juvenile offenders. In 2019, at least four juvenile offenders were executed in Iran.