According to semi-official news website Javan Online, a prisoner sentenced to qisas (retribution-in-kind) for murder was executed in recent days in Rajai Shahr Prison, IHR reported on 29 October 2020.
The report only identifies the executed prisoner as 19-year-old Peyman, but does not specify the date of the execution.
According to the report, in 2018, he had killed a man during an alcohol fuelled fight in a park near Kan, in Tehran. Informed sources have told IHR that Peyman may have been taken to the gallows from the juvenile ward. It should be noted that on 13 October, four male prisoners were executed at Rajai Shahr Prison, of which one was not identified. The details of Peyman’s case do not match those of the prisoners executed on 13 October.

Wang Shujin, a man from Hebei province, was sentenced to death for intentional homicide by the Handan Intermediate People's Court in Hebei on 24 November 2020 after a retrial.

BANGLADESH: THREE SENTENCED TO DEATH FOR 2019 RAPE, MURDER IN SHARIATPUR

A Shariatpur tribunal has sentenced three people to death for the 2019 murder of a housewife after gang-rape in Damudya Upazila. 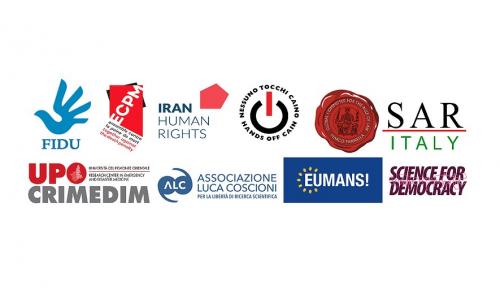 LETTER TO EU BY INTERNATIONAL ORGANIZATIONS: SAVE AHMADREZA DJALALI

In a joint letter to the High Representative of the European Union for Foreign Affairs, Josep Borrell, ten international rights organizations demand immediate action to save the life of Ahmadreza Djalali.

NIGERIA: TWO SENTENCED TO DEATH IN EKITI FOR ROBBERY

IRAN - Appeal against the execution of Ahmadreza Djalali, a scientist who also worked in Italy.

IRAN - Appeal against the execution of Ahmadreza Djalali, a scientist who also worked in Italy.

A court in Rawalpindi on 23 November 2020 awarded death penalty to convict Qari Abdul Hai for sodomizing and murdering a seven-year-old boy in a village of Fateh Jhang.