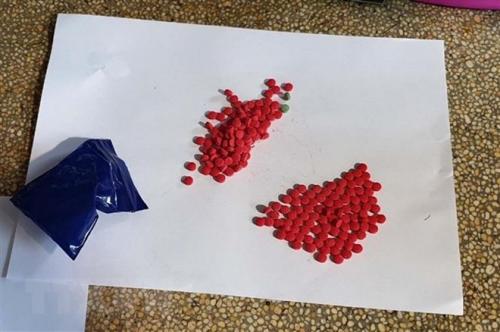 The Palembang District Court on 16 April 2020 awarded the death penalty to two drug couriers and sentenced one more person to life imprisonment for trafficking drugs.
During a virtual trial, Uzama alias Saka (46), Andi Eka Putra (35), Yuswandi (40) were pronounced guilty of trafficking 23 kilograms of crystal methamphetamine and 1,940 ecstasy pills in the city. While Uzama and Andi Eka Putra were sentenced to death, Yuswandi received a life sentence.
The guilty verdict was read out by a panel of judges headed by chief judge Erma Suharti.
The punishment awarded by the panel of judges was tougher than that sought by public prosecutor Devianti Itera, who had demanded life imprisonment for Uzama and Andi Eka Putra and 20 years’ imprisonment for Yuswandi.
Uzama is a resident of Tembilahan Ilir, Riau Province, while Andi Eka Putra hails from Inderalaya Utara neighborhood of Ogan Ilir District, South Sumatra Province, and Yuswandi is from Lam Ara Village, Aceh Besar District, Aceh Province.