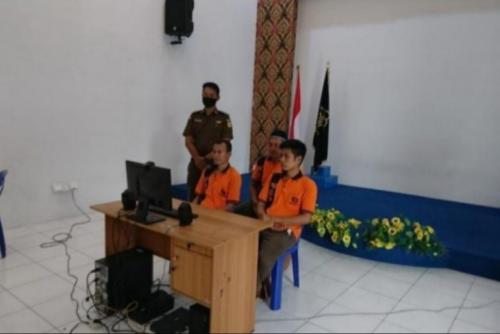 The Tanjung Pinang District Court on 27 April 2020 awarded death sentence to Syahrul bin Tue, Zaihiddir alias Kam bin Ajis, and Ahmad Jufri bin Zainuddin for smuggling 118 kilograms of crystal methamphetamine into Indonesia on 30 August 2019.
The guilty verdict was read out by a judiciary panel, headed by chief judge Jhonson Sirait, during a virtual trial.
The three convicts were drug couriers, who had attempted to smuggle 118 kilograms of crystal methamphetamine into the Bintan Utara area of Bintan District, Riau Islands Province.
The trio, the residents of Bintan Island, were apprehended by the local police during a drug raid operation on 30 August 2019.