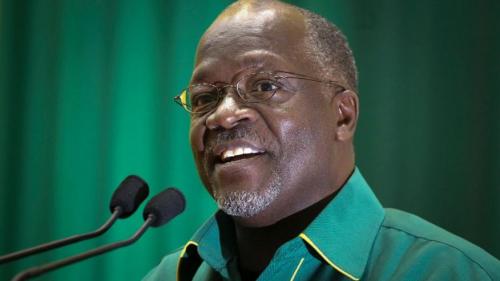 Tanzanian President John Magufuli has stated clearly that he cannot assent to an execution of the death penalty which is legal in the East African country.
He said on September 11 during the swearing in of Chief Justice Ibrahim Hamis Juma in Dar es Salaam, that he cannot make that “difficult decision” on the execution of convicted murderers.
“I know there are people who convicted of murder and waiting for death penalty, but please don’t bring the list to me for decision because I know how difficult it is to execute,” he said.
Tanzania’s Penal Code, Cap 16 stipulates the death penalty for serious offenses like murder and treason.
According to the Tanzanian NGO Legal and Human Rights Center (LHRC), 472 people were sentenced to death in 2015 and among them are 20 women.
The Executive Director of LHRC, Dr Hellen Kijo-Bisimba, commended the president for his stance but demanded that he goes further to abolish the penalty.
“We need the abolition of this penalty due to the fact that it can’t be implemented; in this case, it should be wise for the judges to change punishment from death to life imprisonment or sentenced to 30 and above years in jail,” she was quoted by local media Azania Post.
Tanzania last executed a convict in 1994.