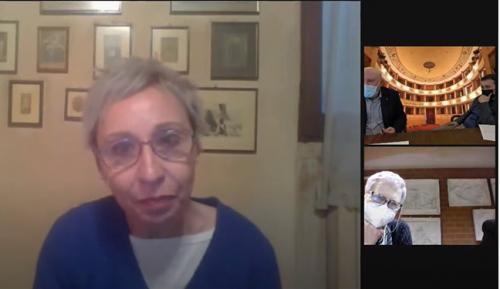 Invited to a conference (Cascina, 2 March, “Greg's story”), Caino entrusted the university professor Porzia Addabbo, president of its Scientific Committee, with a comparative form between the USA and Italy. Based on data and statistics recently published in the US, Cain wanted to highlight that, beyond the "moral" assessments, the excess of harshness of the US judicial and penitentiary system not only does not work, in the sense that it does not make US society more safe, but it is probably also counterproductive, in the sense that it contributes to maintaining a level of widespread violence that is much higher (about 5 times) than the European average, and even 7 times higher than the Italian one.

The main "numerical" differences between the US and Italy

The United States has 330 million inhabitants, Italy 60 (they are 5 and a half times more populous than us).

The United States kills on average 20 people a year through "legal" executions, ie after a series of trials (in 2020 for Covid all states have suspended executions since the beginning of the summer, but Trump has insisted that 10 were carried out by the Federal Government, reaching a total of 17, which in any case is the minimum figure since 1991) while in Italy the last execution dates back to the immediate postwar period, in 1947. Speaking of executions, one cannot fail to notice the US paradox of a judicial and political system (because every execution must also be countersigned by the political authority) that kills 20 people a year, while the police are granted the right to kill, in the absence of any trial, 90 times as many. It could be said that in the face of a definitively convicted criminal, the US kills 90 "suspects" even before they arrive at trial.

In the United States, an average of 40% of homicides remain unsolved. Some "iconic" counties have particular statistics. Miami-Dade County, where the TV series "CSI Miami" is set, with "Horace" and his elegant colleagues who brilliantly solve all the cases, had 64% of the murders and 78% of the unsolved rapes in 2017. In 2019 the way of compiling the statistics changed, and "police made arrests" in 51% of homicide cases, and in 21% of rape cases. The other city famous for the CSI series is New York. Here, too, in January 2021, the New York Times commented on the murder cases resolved only at 51%.

So the US police, more numerous, more armed, better paid, and with almost unlimited power of life and death over the citizens is not at all more efficient than the European one, a continent in which, in some countries, the agents run unarmed, and for to be able to extract a weapon stored in an armored compartment in the trunk of the service car, they must first ask for permission via radio, and obtain a numeric unlock code from the control unit.

Likewise, the massive recourse to detention, even of very long duration, in regimes that often provide for "compulsory work with seized remuneration", that is, the recognition to the prisoner of a wage of 1 or 2 dollars for a full day of work, or, on the contrary , 23 hours of isolation a day for entire decades, all this does not seem to work, it does not seem to have any "deterrent" or "preventive" power. The European prison systems, extremely limited in the numbers and percentages of use of hard or very hard regimes, seem much more effective (together with social prevention policies, almost completely absent in the USA) in keeping the level of violent conflict inside the society relatively low.

Even the fact that the death penalty is in force in 28 of the 50 states does not seem to give the US any advantage over Europe, where the death penalty is in force only in Belarus. Belarus, a nation of the former Soviet bloc, belongs "geographically" to Europe, but "politically" it is neither part of the European Union (27 member states) nor of the Council of Europe (47 member states). Although internationally considered a "de facto" dictatorship, Belarus makes a "moderate" use of the death penalty, with an average of 2 executions per year in the last 10 years. It must be said that the violent crime rates in the US and Belarus are very similar, on average more than four times that of the "Old Europe".

Having said all this, that is, that Italy holds in prison, in proportion, 7 times fewer US citizens, that it sentences them to life imprisonment 20 times less, that our police forces kill "without trial" at least 20 times less than the US, that we have not executed anyone for 74 years, having said all this, we said, we have a murder rate that is 10 times lower than the US one. The other large European countries, which by population can be compared to Italy (Great Britain, France, Germany, and Spain) have similar figures.

In light of these simple data, without venturing into too complex analyzes, it can be said that the European tradition of "guarantee" and an overall "moderate" use of repression and punishment seems to work in keeping a lower level of violence and/or crime, while the US “law and order” model does not seem to have any improving effect on the society it insists on.

Sources of data US: