Jean de Dieu Muzaliwa Maroy, former death row inmate in the Democratic Republic of Congo, intervened at the UN Comission on Human Rights representing Hands Off Cain and the Transnational Radical Party.
“I am here to ask you to back a resolution for a moratorium on capital executions to be presented by Luxemburg as holders of the EU Presidency. I was one of 300 men sentenced to death by the military courts in the Democratic Republic of the Congo for political and war violations and spent four years in Makala prison in Kinshasa. My mother is from Burundi and my father Congolese, and I served as director of fuel for the Congolese armed forces at the time of the war against Rwanda, Burundi and Uganda. I had been forced to confess, under torture, to having sold fuel to those enemies, simply because my mother had been of the same origin.
I still have the scars on my body as a result of the torture. The war is now over and the DRC has a new transitional government, the prosecutor of the military court has now himself been sentenced to death for murder. The story shows that the gallows and corporal punishment, previously unknown in Africa, arrived with European colonisation. Lashings are not in use anymore, except by those who back Sharia law. But Afrcia has still not rid itself of the gallows, the last legacy of colonialism. With the apporval of the initiative for a resolution at the General Assembly and not just at the UNCHR, the Europe which exported the death penalty can redress the situation by helping Africa to eliminate it.”
The National Association of Criminal Defence Lawyers also spoke in favour of the presentation of a pro moratorium resolution at the United Nations General Assembly.

King Mohammed VI has ordered a royal pardon for 1,446 convicts on the eve of Throne Day, which will take place on 30 July 2020. 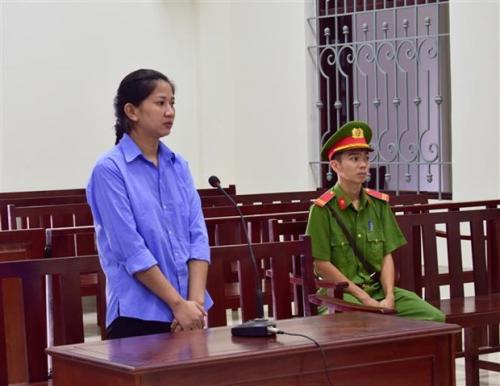 The People's Court of the southern province of Tay Ninh handed a death penalty to a Cambodian drug trafficker during a trial on 31 July 2020.

A senior Chinese Communist Party official charged with taking bribes worth more than $100 million was sentenced to death with a two-year reprieve, Xinhua news agency reported on 31 July 2020.

Magai Matiop Ngong on 29 July 2020 was removed from death row following the South Sudan Court of Appeal’s decision on 14 July to quash the death sentence imposed on him because he was a child at the time of the crime.

The Supreme Court has overturned death sentence of two brothers – Sikandar Hayat and Jamshed Ali – who have spent 27 years of their lives in jail on account of “the right of expectancy of life”.