FLORIDA (USA): ROBERT DUBOISE, WHO HAD BEEN SENTENCED TO DEATH IN 1985, WALKED OUT OF PRISON 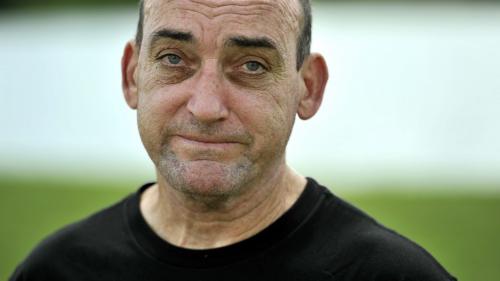 Robert Duboise, who had been sentenced to death in 1985, walked out of prison.
DuBoise, now 56, White, walked out of the Hardee Correctional Institution in Bowling Green, Fla., shortly after 2 p.m. August 27, 2020, hours after officials revealed dramatic new evidence that proved his innocence.
“It’s an overwhelming sense of relief,” DuBoise told reporters outside the prison, where he was joined by his mother and sister. “I prayed to God every day and hoped for it.”
Very little pointed to 18-year-old Robert DuBoise as the man responsible for the vicious rape and murder of 19-year-old Barbara Grams, who was found bludgeoned to death in August 1983. In fact, the original prosecution’s case rested primarily on two pieces of evidence: the testimony of a fellow inmate, and a wound on the woman's cheek that a dental expert identified as a bite mark from DuBoise's teeth.
A jury convicted Mr. DuBoise of first-degree murder and attempted sexual battery in 1985, and unanimously recommended that he be sentenced to life, but his trial judge, Henry Lee Coe III, overrode their recommendation and sentenced DuBoise to be executed in Florida’s electric chair.
In February 1988, the Florida Supreme Court overturned DuBoise’s death sentence, ruling that the trial court should not have overridden the jury’s sentencing recommendation and directing that DuBoise be resentenced to life imprisonment. He insisted he was innocent, and asked for DNA testing. DuBoise was released from the Hardee Correctional Institution in Bowling Green one day after Hillsborough prosecutors and lawyers from the national Innocence Project and the Innocence Project of Florida presented Hillsborough Circuit Judge Christopher Nash with evidence of his innocence.
Susan Friedman, DuBoise’s Innocence Project attorney, and Teresa Hall, the supervising attorney for the Hillsborough County Conviction Review Unit explained during Thursday’s online hearing that DuBoise’s conviction was based on false evidence. Items recovered in August 2020, combined with expert proof that the mark wasn’t from a bite and that the jailhouse informant was not credible, all contributed to his exoneration.
Teresa Hall, the supervising attorney for the conviction review unit, said during the hearing that she spent months combing through 3,500 pages of documents in the case. She found that much of the physical evidence had been destroyed, but she was able to track down rape kit evidence at the county medical examiner's office and process that for DNA. Within a week, that evidence excluded DuBoise. The untested rape kit excluded DuBoise and implicated two other men.
Judge Nash reduced that sentence to time served, ruled DuBoise should be released immediately, and set a September 14 hearing date for the presentation of evidence to overturn his conviction.
DuBoise was greeted outside the prison by his mother, Myra, his sister, Harriet, and Innocence Project lawyer, Susan Friedman. After hugging his mother, he spoke to an assemblage of reporters and cameras. “It’s a beautiful day,” he said.
DuBoise has not yet been officially exonerated. That will occur when the charges against him are formally dismissed. Warren said that his office was preparing court papers to complete the exoneration process. DuBoise said Thursday (August 27) he bears no ill will toward those involved in his long incarceration.
“If you keep hatred and bitterness in your heart, you don’t have room for anything else,” he said. “I’m just very grateful.”
The case since was reopened and authorities have a suspect in the victim’s rape and murder. Hall said the person “does not pose a threat to public safety at this time.”