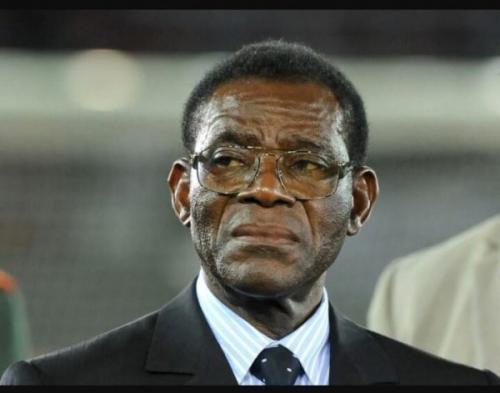 Equatorial Guinea has abolished the death penalty, state TV announced on 19 September 2022 citing a new law signed by President Teodoro Obiang Nguema Mbasogo.
Capital punishment was "totally abolished" in the oil-rich central African nation after the president signed a new penal code, shared on Twitter by the vice president.
The last official execution in the small country was carried out in 2014, according to Amnesty International, but international NGOs and the United Nations regularly accuse the regime of forced disappearances, arbitrary detention and torture.
"I am writing in capitals to seal this unique moment: 'EQUATORIAL GUINEA HAS ABOLISHED THE DEATH PENALTY'," tweeted Vice President Teodoro Nguema Obiang Mangue, one of the head of state's sons and viewed as his likely successor.
A journalist on state TV called the event "historic for our country" in a brief announcement at the end of a news programme.
The measure will come into force in the 90 days following its publication in the official state journal and was approved in advance by parliament, where all but one of the 100 MPs represent the ruling party.
President Obiang, 80, has spent more than 43 years in power, a world record when excluding monarchies.
Equatorial Guinea possesses significant oil and gas resources, but the vast majority of its 1.3 million inhabitants live below the poverty line, according to the World Bank.

A court in Gujarat's Banaskantha district on 25 January 2023 convicted the accused in a 2019 triple murder case - all the victims being members of his family - and sentenced him to death.