ELISABETTA ZAMPARUTTI: ‘GOVERNMENT’S DECISION TO NOT CONFIRM ME AT CPT CONFIRMS MY VALUE AND THAT OF THE BATTLES OF HOC’ 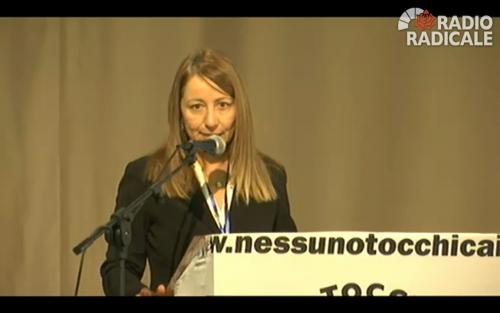 I consider a medal to my value and to the value of the things that I have done and that I will continue to do for the abolition of life imprisonment without parole and solitary confinement, the Italian Government's decision not to confirm me in the second mandate to the European Committee for the Prevention of Torture (CPT).
It is an arrogant decision of the Italian Government, that violates the custom to confirm the outgoing person, especially because I was chosen by the Italian Parliamentary Delegation to the European Council with all of the opposition and majority components, which I thank, except for 5 Stars, that voted unanimously at the Strasbourg Parliament Assembly to reconfirm me in the CPT Bureau.
The success of the Viola v. Italy ruling and the “ad hoc” visit of the CPT this year on 41 bis and the solitary confinement is certainly something that is intolerable to the Government, in particular the 5 Stars faction, like how they don’t support the fight and the radical vision of nonviolence and freedom. We saw it with the Radio Radicale, we see it today with my removal from the CPT with the vote that took place on October 9th at the Committee of Ministers of the European Council, where twenty countries voted in my favor, and 25 against. My election in 2015 was also an act of thanks to Marco Pannella, in particular by the then Minister of Justice, Andrea Orlando, to whom I continue to nurture a sense of gratitude for the support given to me during the reconfirmation. What happened a few days ago in Strasbourg is an attempt to erase all traces of Marco Pannella’s vision for actions he has always taken to change institutions for the better, and not getting changed by the institutions, starting from the prison institution, seen as community of inmates and prison personnel that he always considered and loved.
I will keep working with Hands Off Cain and the Radical Party in the conversion from violence to nonviolence that in the last four year we have worked with inmates sentenced to life imprisonment in the labs of “Spes contra Spem”. I ask you to support this fight, this pledge, by subscribing to Hands Off Cain this year.

Treasurer of Hands Off Cain