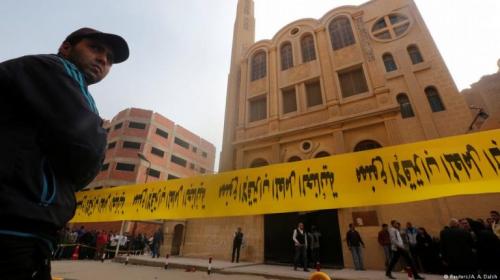 The Cairo Criminal Court referred two defendants on 16 April 2019 to the Grand Mufti seeking his opinion on a preliminary death sentence for them over their alleged participation in the Helwan Church attack in December 2017.
The court will announce its final verdict concerning the two defendants, as well as another nine defendants, on 12 May.
The attack killed 10 people as militants opened fire on the Mar Mina Church in the Helwan suburb south of Cairo and attacked a Copt-owned shop. The attackers started by shooting at the shop, which was owned by a Coptic citizen, killing two men.