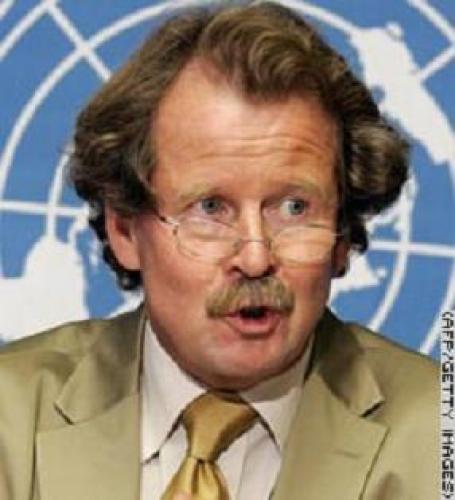 about 600 people are now crammed into Nigeria's disease-infested death rows.
The situation was highlighted dramatically this month when the U.N.'s special rapporteur on torture, Manfred Nowak, ended a week-long visit on March 10.
Nowak reported that jail conditions were poor, prisoners were abused to extract confessions, and one man had been on death row for more than 20 years.
Femi Falana, a local lawyer suggested conditions were worse and that Novak was given a "guided tour" by officials. Activists have long claimed improper investigations by police have led to wrong convictions, while those with money buy their way to freedom.
Nigeria must now have one of the largest death-row populations in the world, where the last known executions were in November 1995. John Uziegbe, a legal officer, believes that Nigerian governors are collectively observing a moratorium on the death penalty due to "an unwillingness to kill."