DEATH PENALTY: MISSION OF THE RADICAL PARTY IN SIERRA LEONE 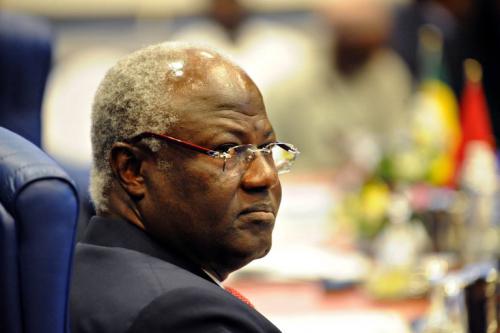 Today begins  a four days mission of Hands Off Cain and the Radical Party in Sierra Leone.
The mission is aimed to obtain a legal moratorium or the abolition of the death penalty in the country, and the support of the African country to the Resolution of the General Assembly of the United Nations for the universal moratorium on executions.
The Radical Party delegation is composed of the Secretary of Hands Off Cain Sergio D'Elia and MPs Marco Perduca and Elisabetta Zamparutti, and takes place thanks to a grant from the Italian Ministry of Foreign Affairs.
On 27 April 2011, on the occasion of the 50th anniversary of independence from Britain, the President of Sierra Leone, Ernest Koroma, has commuted all death sentences to life imprisonment. In September 2011, under the Universal Periodic Review (UPR) by the Council for Human Rights of the United Nations, the delegation of Sierra Leone announced to accept "in principle and subject to constitutional review process" fifteen recommendations in the sense of the abolition of the death penalty.
For these reasons, President Koroma has been awarded the Hands Off Cain "The Abolitionist of the Year 2012", which will be presented in a ceremony to be held in Freetown on October 10, which is the World Day Against the Death Penalty .
On 21 December 2010, for the third consecutive time, the Sierra Leone abstained on the resolution for a moratorium on executions in the General Assembly of the United Nations. In this regard, the objectives of the mission of Hands Off Cain, other than the requirement to accelerate the internal process towards abolition, it is to have the support of Sierra Leone to the pro-moratorium Resolution under discussion at the current session to the UN General Assembly.
The last executions in Sierra Leone date back to October 1998, when 24 men were shot in public, out of the 34 sentenced to death for treason by a court-martial in Freetown.

Three persons, Ikechukwu Chukwu, Obieze Sylvanus and Chidiebere Obi, have been sentenced to death by hanging by an Ondo State High Court, The Nation reported on 27 November 2020.

INDIA: MAN GETS DEATH SENTENCE FOR RAPE AND MURDER OF MINOR GIRL

A Firozabad court in the state of Uttar Pradesh, India, awarded death sentence on 1st December 2020 in a rape and murder case of an eight-year-old girl last year.

The Supreme Court of Pakistan on 2 December 2020 denied the appeal of the accused in the 2003 case pertaining to the rape and murder of a minor and upheld the death sentence which had previously been awarded to accused Shabaan.

IRAN: DJALALI’S EXECUTION HAS BEEN ‘POSTPONED FOR A FEW DAYS’

According to information obtained by IHR, Ahmadreza Djalali’s death sentence was not carried out this morning (2 December) but he remains at imminent risk of execution.