DEATH PENALTY: DEMOCRATIC REPUBLIC OF CONGO STARTS TOWARDS ABOLITION WITH A LEGAL MORATORIUM ON EXECUTIONS 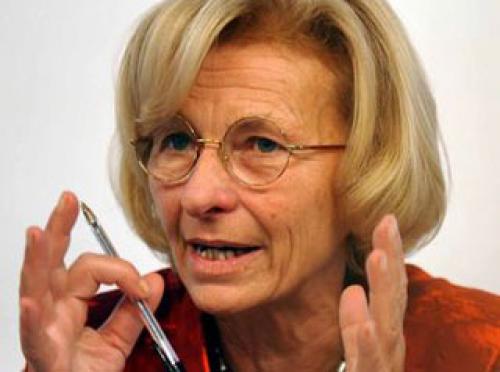 Hands Off Cain organised a conference in Kinshasa against the death penalty in the Democratic Republic of Congo (DRC) that was sponsorsed by the Congolese National Assembly President and Senate President, with the contribution of the Minister of Foreign Affairs.
The conference concluded with the Senate President announcing the start of the legislative process to abolish the death penalty in Congo. He also announced that, in the mean time, a legal moratorium on executions would be established. The President of the National Assembly, Evariste Boshab, echoed this in his inaugural speech. He explained that ordinary penal laws will be brought into line with the new Congolese Constitution that no longer provides for the death penalty. Two proposed laws regarding this have already been lodged in the Senate and the National Assembly, by Leonard She Okitundu and Nyabirungu Mwene Songa respectively.
Speaking at the conference, Justice Minister Luzolo Bambi spoke of “responsible abolition” and the necessity for improving jail conditions in the country, in view of the abolition of capital punishment.
The opinion of Italian Senate Vice President Emma Bonino, present in Kinshasa, was positive. “The conference fully acknowledged the method and the contents of the Resolution for the moratorium approved by the UN General Assembly. The Democratic Republic of Congo is symbolic of the bloodshed in Africa, and this sends a signal of hope and non violence to the entire world.”
Radical Parliamentarian Elisabetta Zamparutti, the organiser of Hands Off Cain’s Kinshasa conference, said that “the abolition of the death penalty in Congo will turn the page and interrupt the absurd chain of hate and revenge that was most tragic and real in this part of the continent.”
At the closing of the conference, a three day seminar began for those responsible for the information that comes from the diverse provinces of Congo. The objective is to create a multimedia campaign to raise public awareness against the death penalty. The seminar was sponsored by the Congolese National Press Union and the RAI Social Secretary, whose director, Carlo Romeo, was present in Kinshasa.
The seminar was coordinated by Oliviero Toscani, who founded “La Sterpaia”, a workshop on the art of multimedia communication in Tuscany. Its purpose is to create an African version of the well known campaign “We, on death row”, that was realised in 2000 in the United States.