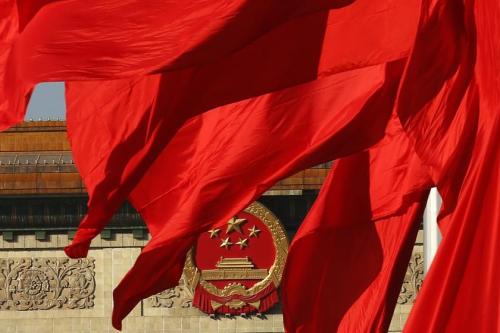 A Chinese man in East China's Jiangsu Province was recently sentenced to death in a first-instance judgment for killing a foreigner, local media Daily Express reported on 3 June 2020.
The man surnamed Cong, 28, stabbed the foreign student in his chest with a knife on 11 July 2018, following a quarrel. The attack ruptured the victim's heart and he bled to death, Jiangsu police said in a statement later that day.
The victim was a 26-year-old foreign student at a university. The police didn't release any further information and withheld his nationality and name.
The quarrel ensued after Cong's scooter slightly rubbed against the expat, following which Cong bought a fruit knife from a nearby supermarket, and returned the spot to attack the expat, police said.
The Nanjing Intermediate People's Court sentenced Cong to death for intentional homicide, turning down all arguments of the defense. Murder should be considered as intentional injury, the court held.
As an adult, Cong should have clearly known that stabbing a person's chest will lead to his or her death yet he repeatedly stabbed the victim in vital parts like chest and back, the court said in its judgment.
Cong's behavior showed his obvious purpose of actively pursuing the death of the victim, it added.
The court rejected a defense argument that the victim was "also at fault," saying there was no evidence to prove the victim provoked the brawl.
After perpetrating the murder, Cong took refuge in his female friend Xia's house. Both Cong and Xia were arrested by local police about eight hours after the murder.
The then 18-year-old Xia, didn't know the victim was dead when sheltering Cong, said the court, adding that her subjective culpability of the mind was "relatively small."
Xia is sentenced to 17 months in prison for harboring a criminal, the court ordered.