BANGLADESH: TWO SENTENCED TO DEATH FOR MURDER OF STUDENTS IN DEMRA 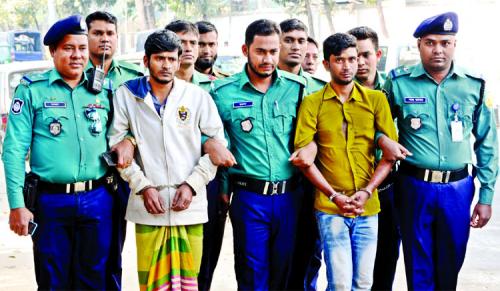 Dhaka’s Third Women and Children Repression Prevention Tribunal Judge Jayashri Samaddar on 3 March 2020 sentenced two people to death for the killing of students Faria Akhter Dola, 7, and Nusrat Jahan, 5, in Demra in 2019.
The court has also imposed a fine of Tk 50,000 on each of the two convicts, said state prosecutor Mahmuda Begum.
Convicts Golam Mostofa and Azizul Baowani were present in court during the pronouncement of the verdict.
Faria and Nusrat went missing from a location near their home in Konapara on 7 January 2019. Their bodies were later found under a bed in Mostofa’s house.
Police said Mostofa and Azizul lured the children into the house by promising to buy them lipsticks.
The two then tried to rape the children and later strangled them to death.