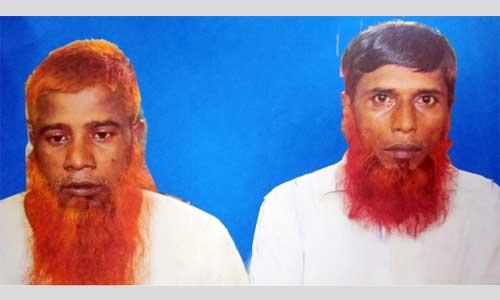 Two death-row convicts in a case filed for killing two women after raping them in Alamdanga upazila of Chuadanga district were executed on 4 October 2001 night.
The execution of the two men —Mintu alias Kalu, 50 and Aziz alias Azizul, 50 of Railaxmipur village in Alamdanga upazila—took place at Jessore Central Jail around 10:45pm, the authorities said.
On 27 September 2003, Azizul and Mintu gang-raped two women at Railaxmipur village before strangling them to death with scarves.
The next day, the victims’ families lodged complaints with Alamdanga police station in Chuadanga.
On 26 July 2007, a Chuadanga Women and Children Repression Prevention Tribunal judge sentenced Azizul and Mintu to death. The court also fined them Tk2 lakh each.
Following appeals, the verdict was upheld by the High Court on 11 November 2012, and the Appellate Division of the Supreme Court on 26 July this year.
Mercy petitions filed by the convicts were also rejected by the president on 8 September.
According to the prosecution, Kamela Khatun, 30 and her friend Finge Begum, 32 of Jorgachha village in Alamdanga upazila, were found dead in a field at Railaxmipur village on 27 September 2003.
During the investigation, police discovered that the victims were strangulated to death after rape. The throats of the two women had been slit as well.
A case was filed against four people - Mintu, Azizul, Mahi and Sujon - with Alamdanga police station the following day.
Mahi died during the trial while Sujon was acquitted by the Appellate Division of the Supreme Court.