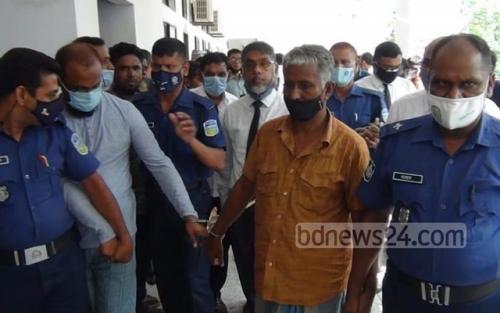 A Mymensingh court on 11 October 2021 sentenced 50-year-old Md Mustafa to death for the murder of his mother, 70-year-old Mariam Begum.
The decision over the case was announced at Bhaluka Police Station by Mymensingh District and Sessions Judge Md Helal Uddin.
The convict has also been fined Tk 10,000.
Advocate Kabir Uddin Bhuiyan, a public prosecutor at the court, represented the state in the case.
On 23 December 2018, Mustafa hacked his mother with a chopper over a land dispute in the Dugulia neighbourhood of Bhaluka Upazila’s Jamirdia. She died at the scene.
Another son of the victim, Md Shah Jalal, filed a case over the incident that day, accusing five.
After an extended investigation, the chargesheet in the case was submitted on 12 February 2019 and named Md Mustafa.