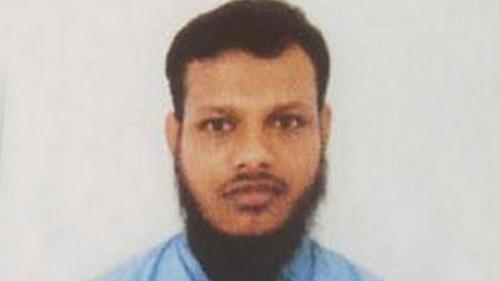 Chattogram Anti-Terrorism Tribunal on 3 October 2021 awarded death sentence to Zahidul Islam Mizan alias "Boma Mizan" in a case filed over killing two people in a suicide bombing on a police check-post on the premises of a Chattogram court in 2005.
Another accused in the case, Jabed Iqbal, was sentenced to life imprisonment.
The verdict was passed by Chattogram Anti-Terrorism Tribunal Judge Abdul Halim.
Both convicts are members of the banned militant outfit Jamaat-ul-Mujahideen Bangladesh (JMB).
The court in its verdict, fined Jabed Tk2 lakh and in case of non-payment, he will face an additional two years of jail time.
Mizan, a top explosives expert and JMB leader, is currently being held at a jail in India. He was arrested by the Bangladeshi security forces a few years ago but was snatched by militants on 13 February 2014 while being taken to Mymensingh from Gazipur's Kashimpur jail.
Meanwhile, Jabed, a regional commander of the group, was produced before the court during rendering of the verdict and later taken to jail.
Monoronjon Das, public prosecutor for the Chattogram Anti-Terrorism Tribunal, told The Business Standard (TBS) that the court of Judge Abdul Halim had fixed on 3 October for the verdict following a hearing on 21 September.
"We got our desired verdict today (3 October) as we were able to prove the accusations beyond reasonable doubts during the hearing. We are satisfied with the verdict."
According to the verdict, the court sentenced Jabed Iqbal to life imprisonment instead of death as he repented for his actions.
JMB militants carried out the bomb attack on the morning of 29 November 2005, killing police constable Rajib Barua and footballer Shahabuddin Ahmed on the spot.
JMB took responsibility for the attack.
The bomber died the following day while under treatment at Chattogram Medical College Hospital.