BANGLADESH: MAN GETS DEATH OVER 2017 COCAINE HAUL IN KHULNA 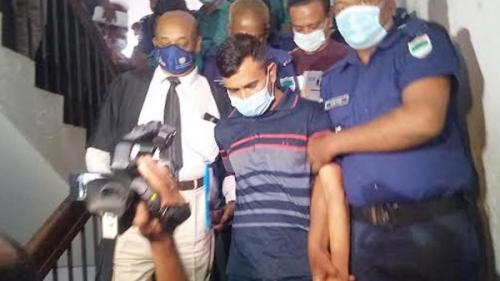 A Khulna court on 8 October 2021 awarded the death penalty unto a man in a 2017 narcotics case filed over the recovery of contraband cocaine worth around Tk22 crore.
The court also sentenced another to life imprisonment and four others to various jail terms in the same case.
Khulna District and Sessions Judge Mashiur Rahman Chowdhury announced the verdict in presence of all the accused, confirmed Public Prosecutor Enamul Hoque.
Among the accused, Bikash Chandra Biswas received the death penalty and was also fined Tk1 lakh.
Sohel Rana was awarded the life sentence and fined Tk1 lakh, while Arifur Rahman Sagir received 15 years in prison.
The remaining three, Ershad Hossain, Bikash Chandra Mondal, and Fazlur Rahman Fakir, were all awarded 10 years imprisonment.
On 12 August 2017, Rapid Action Battalion (RAB) detained the six drug smugglers and seized 2.25kg cocaine worth about Tk22.50 crore from different areas of Khulna.
Subsequently, RAB sued the six in a case under the Narcotics Control Act with Rupsha police station.