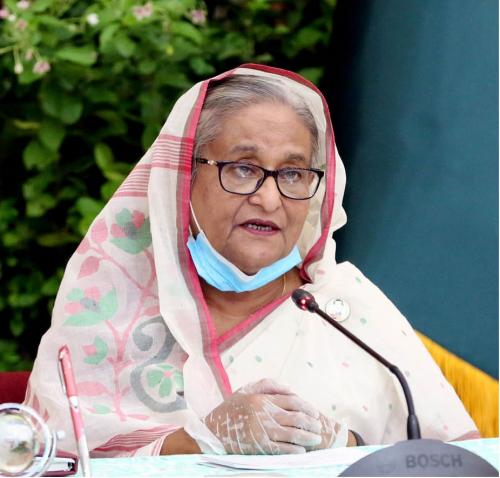 A Bangladeshi court on 23 March 2021 handed down the death sentence to 14 Islamist militants for attempting to kill Prime Minister Sheikh Hasina at her southwestern constituency in 2000.
"The verdict will be executed by a firing squad to set an example, unless the law barred it," Judge Abu Zafar Md Kamruzzaman of Dhaka's Speedy Trial tribunal-1 pronounced the verdict as nine of them were brought to the court from jail to face the trial in person.
Otherwise, the convicts could be hanged in line with prevailing practice, subject to the approval of the High Court Division of the Supreme Court following mandatory review of death sentences under Bangladesh law, the judge said.
All the convicts are operatives of outlawed Harkatul Jihad Bangladesh (HuJI-B).
The rest five convicts are on the run and were tried in absentia and defended by state-appointed lawyers in line with the law.
The judge ordered the verdict to be executed after their arrest or surrender.
The HuJI-B operatives had planted a 76 kilogramme bomb near a ground at Kotalipara area of southwestern Gopalganj on 21 July 2000 where Ms. Hasina was supposed to address an election rally.