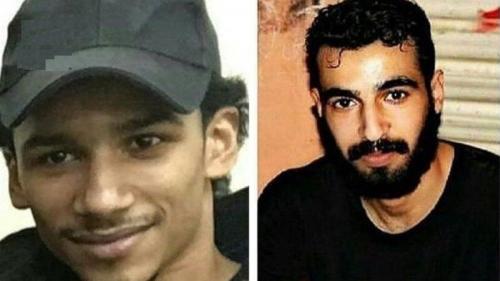 Two Shia activists - Ahmad al-Mullali, 24, and Ali Hakim al-Arab, 25 -  were executed at Jaw prison, south of the Bahraini capital Manama, on 26 July 2019 after private meetings with their families.
The Public prosecutor's office announced that al-Malali and al-Arab were put to death on charges of possessing firearms and killing a police officer. The opposition al-Wefaq society condemned the executions as extrajudicial.
The Bahraini regime carried out the death penalties despite fierce protests by the United Nations and several human rights groups.
The Bahrain Centre for Human Rights said that the families of the two had received phone calls from Jaw prison for private visits - a procedure that usually precedes execution.
Mullali and Arab were arrested separately in February 2017.
They were convicted of "terrorism offenses" and sentenced them to death in January 2018 during a mass trial marred by allegations of torture and serious due process violations.
The Bahraini Court of Cassation upheld the death penalties against the two men in May 2019.