AUSTRALIA VOICES CONCERN OVER MAN SENTENCED TO DIE IN CHINA 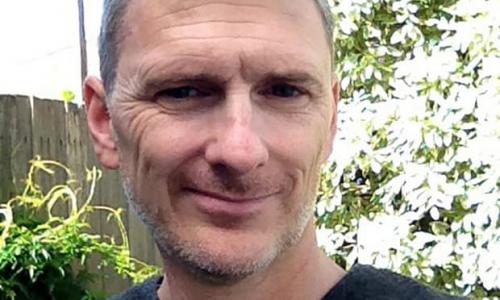 Australia’s prime minister said on 16 June 2020 that his government is “very sad and concerned” by China’s sentencing of an Australian man to death for drug trafficking, and that he had repeatedly raised with China the case of the 56-year-old former actor and motivational speaker.
Karm Gilespie was arrested in 2013 at Baiyun Airport in the southern Chinese city of Guangzhou on charges of attempting to board an international flight with more than 7.5 kilograms (16.5 pounds) of methamphetamine in his check-in luggage.
The Guangzhou Intermediate People’s Court announced on 14 June that Gilespie had been sentenced to death and ordered the confiscation of all of his personal property.
Prime Minister Scott Morrison said Foreign Minister Marise Payne and other Australian officials had raised his case with their Chinese counterparts on a number of occasions.
“I and the government are very sad and concerned that an Australian citizen, Mr. Karm Gilespie, has been sentenced to death in China,” Morrison told Parliament.
“We will continue to provide Mr. Gilespie with consular assistance and engage China on his case. Our thoughts are with him, his family and his loved ones,” he added.
The death sentence comes as bilateral relations are under extraordinary strain over Australia’s call for an independent investigation into the coronavirus pandemic, which started in China late last year.
Chinese foreign ministry spokesperson Zhao Lijian said on 15 June that the sentence was unrelated to those tensions.
“Applying the death penalty to drug crimes that cause extremely serious harm can help in deterring and preventing drug crimes,” Zhao said.
Australia should “earnestly respect China’s judicial sovereignty. And the above-mentioned case has nothing to do with bilateral relations,” he added.