The Abolitionist of the Century Award 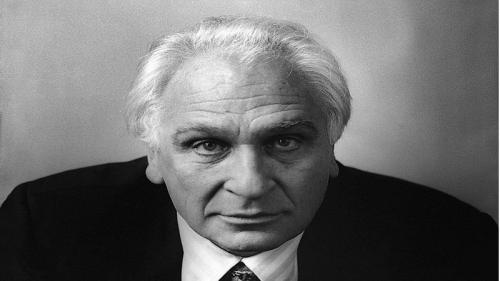 “The Abolitionist of the Year” Award, which is promoted by Hands Off Cain to recognise the person, who, above all others, has demonstrated an extraordinary commitment in the struggle for a moratorium on executions and the abolition of the death penalty, is conferred this year upon Marco Pannella, leader of the Radical Party, Founder and President of Hands Off Cain, who died on 19 May 2016. For the first time, the prize is awarded as a memorial and, for the occasion, changes its name from “The Abolitionist of the Year” to “The Abolitionist of the Century”, in consideration of the twenty years that Marco Pannella dedicated to putting an end to inhumane and degrading treatment and punishment, anywhere in the world.
Marco Pannella conceived of the battle for a Universal Moratorium on capital punishment in 1993 along with Hands Off Cain, which for the first time, in 2007, was made a reality with its success at the U.N. in the form of a Resolution against the death penalty.
He also conceived of the “Spes Contra Spem” Project (literally “Hope against Hope” in Latin) for total abolition, not only of the death penalty, but also against “the hidden death penalty” as Pope Francis defined life-imprisonment.
He brought the power of nonviolence to the battle for Justice and, until his last breath, invoked Amnesty as an instrumental priority, urgent and necessary for penal reform in an Italy particularly paralysed by the unreasonable length of its trials.
Yet, the greatest legacy, perhaps, of his extraordinary political life was in the last battle we saw him fight. Up to his final days, Marco devoted his life to the goal of moving towards the full application of the Rule of Law and the prevention of human rights violations, by reinforcing democratic control by citizens through the recognition – starting from the United Nations level – of a universal human Right to Know what and how Governments decide in our name.

“The Abolitionist of the Century” Award, a work in bronze created specifically by artist Massimo Liberti, represents the earth as a ball on which children are seated on high and looking off in the distance.