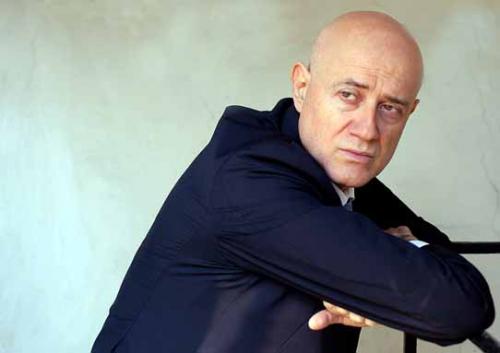 MEMORY by Sergio D’Elia, Secretary of Hands off Cain

Marco was the man who saved my life, he regenerated me, he brought me back to life. After my first life marked by violence, he received me with open arms like a father and took care of my second life, devoted to nonviolence, Law, human rights. Convinced as he was that it was not possible to tell someone “you will never change”, he helped me to change my way of being and try to repair or rebuild with nonviolence what I had broken or destroyed with violence.
During my first life, I heard and assimilated sentences such as “Violence is the midwife of history” and “The end justifies the means”, and acted accordingly. Marco helped me to understand that it was not true that the end justified the means. Just the opposite: the noblest ends and right ideas can be undermined and defeated by the wrong means used to reach them. And to kill one’s own ideas is the worst crime that can be committed.
“Violent and nonviolent persons are brothers” Marco used to say during the dark years of terrorism. These words, that made me angry the first time I heard them, sounded different later, at the beginning of my second life, the life of my emancipation from wrong words connected to wrong actions, an emancipation started not when I got out of prison but when I ended up in prison. Jail can be a place and time where/when one may get lost forever, but it can equally be a place and time where/when one may be rescued and brought back to life. That was my case.
Marco taught nonviolence to so many young people and he converted so many from violence! “Violent and nonviolent persons – Marco used to say – are not enemies. Resigned, indifferent, inactive people are the real enemies. Both are revolutionary – Marco added – but violent people are revolutionary because of hatred, nonviolent people because of love”. Well, love was the leitmotif of his life. As Mariateresa Di Lascia wrote in her literary masterpiece, A Walk in the Shade, the only courage you need in life is the courage to love.
Brave is not the one who dares challenge a powerful enemy with violent means; brave is the one who devotes life to love, tolerance, compassion and dialogue, even with an unjust and killer − hence powerless − power in an attempt to change it.
With his always fresh, clear, pure water pouring out of his inexhaustible spring, Marco quenched the thirst for justice and freedom of the thirsty in the whole world, in jail and elsewhere. With the warm bread of love coming out without interruption of his always open oven, Marco – who, incidentally, lived in Via della Panetteria ('Baker Street') – fed the hungry for truth, information and knowledge of the whole world.
The inheritance handed over by Marco is not his personal assets, material properties that he was always ready to give up for the sake of ideals. His inheritance is not material, it is a vision, a method, a way of thinking, feeling and acting, in a few words, a “religious” way of being, in the etymological meaning of the term: binding, keeping different people and things together.
To me, his “vision” was a form of intelligence, a way to understand the reality of things, not a “scientific” but intuitive, thus deeper, way to know, a way to see under the surface, according to the origin of the word intelligence, but it also was an elevated state of conscience that enabled him to foresee, foretell, hence anticipate the things, the objectives that he hoped would be attained.
Past experiences, the way of experiencing one's own present time and political commitment in the political place that one chooses to live in, go through and occupy determine the model of party that one has been devising and that, willing or not willing, will be finally established. It is not by chance that Marco Pannella's basic traits are the same as those of the Radical Party: “nonviolent”, according to the Preamble to the Statute (do not kill, not even in self-defence); “transnational” or universal by vocation, dimension and purposes of organised political action; “trans-party”, according to the basic principle of freedom of association - with the consequent possible “double affiliation” that only he and the Radical Party in Italy and, I think, in the rest of the world had envisaged.
Now Marco is up there, in the Heavenly Kingdom which, translating from ancient Aramaic, means the world of endless possibilities. His vision can be source of inspiration to us, it can even be ours, but not in the sense of possession or control, only invocation. I do not know whether we will be successful or not, whether we will live up to expectations. We can try if we are able to be not like him but with him, that is consistent with his thought, his vision and political action. To me actual consistency does not mean that one must never change – opinions, habits, ways of being – but be able to create a correspondence, harmony, both in life and one's own political struggle, between visions and actions, thoughts and emotions, means and ends, methods and targets, and objectives in life and struggle itself.
It took half of my life for me to understand that, but when I finally understood I was born again.