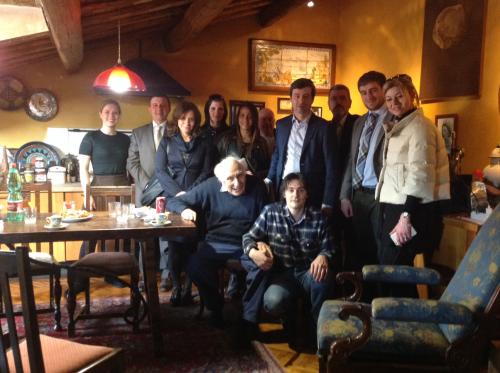 On 16th July 1974 – just after the referendum on divorce – an explosive article by Pier Paolo Pasolini entitled «Let’s open a debate on the Pannella case» appeared on the front page of Corriere della Sera. Pannella was on a very long hunger strike those weeks, among other things to be admitted to RAI TV programmes. Pasolini criticised both the clericalism of the Christian Democrats and Fanfani and the political realism of the Communist Party, deaf to the questions raised by the Radical leader. He set Pannellas’s candour against both.
After meeting Pannella for the last time, on Easter this year, I can say that I still do not agree with the particular harshness of Pasolinis’s words but, perhaps, I now understand better what he meant by Marco’s candour. I think I have seen it, I have seen that candour.
Though Pannella was a thorny subject for a debate then just as it is now, I think that the best way to remember a man responsible for many irritations but to whom we owe much gratitude is that of starting that debate again.
So I hope that my words are not perceived as the conclusion of a chapter of the Italian history but the starting point to write a new one.
Finally, I hope that, with the same spirit of open-mindedness, curiosity about the times that are ahead of us, readiness for always straightforward, albeit tough, exchanges of views that are at the basis of parliamentary institutions, it is possible to tackle the political and institutional issues that the Country is and will be confronted with.
Thank you.