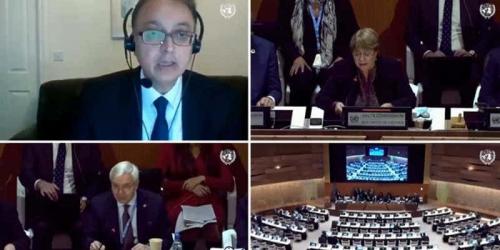 IRAN - 49th session of the Human Rights Council in Geneva 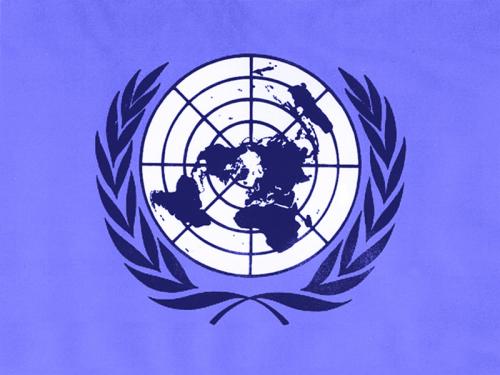 Over 85 juvenile offenders on death row in Iran

In a statement published today, the United Nations High Commissioner for Human Rights expressed deep alarm by the imminent execution of Swedish-Iranian academic, Dr Ahmadreza Djalali and urgently called for Iranian authorities to halt his execution and revoke his death sentence for espionage.
Full text of statement:
"We are deeply alarmed by the imminent execution in the Islamic Republic of Iran of Swedish-Iranian doctor and academic Ahmedreza Djalali and urgently call on the Iranian authorities to halt the execution and revoke his death sentence.
Iranian authorities announced yesterday that while the execution currently scheduled to take place by 21 May maybe postponed following a request from Djalali’s lawyers, “the verdict is final, and the execution will be carried out.”
Djalali was arrested in April 2016 while on a visit to Iran to attend academic workshops on disaster medicine. He was charged with espionage and later convicted and sentenced based on a confession that was reportedly extracted under torture, and after a trial that failed to meet international standards. In the current circumstances, the execution would therefore constitute an arbitrary deprivation of life.
Use of the death penalty for espionage offences is incompatible with international human rights law. Countries that have not yet abolished the death penalty may only impose it for the “most serious crimes”, which is interpreted as crimes of extreme gravity involving intentional killing."

Javaid Rehman’s Report Highlights Systemic Human Rights Violations in Iran
On Thursday, March 17, as part of the 49th session of the Human Rights Council in Geneva, Javaid Rehman, the UN Special Rapporteur on Human Rights Situation in Iran, presented his report and listed numerous cases of gross human rights violations in Iran and called for an independent investigation on the 1988 massacre of political prisoners and the crackdown of the November 2019 uprising as well as to end systemic impunity.
Presenting his latest report (A/HRC/49/75) to the annual UN Human Rights Council session on Iran, Special Rapporteur Javaid Rehman appealed to the UN Member States to seek accountability for the 1988 massacre, stating:
“71. The Special Rapporteur urges the international community to call for accountability with respect to long-standing emblematic events that have been met with persistent impunity, including the enforced disappearances and summary and arbitrary executions of 1988 and the November 2019 protests.”
Following the report’s presentation, several UN Member States joined the call for accountability over the 1988 massacre.
During his remarks, Javaid Rehman said: “Last year, at least 280 people, including no less than 10 women, were executed in Iran. In addition to the two executed minors mentioned in my report, one person was also executed in secret without the knowledge of his family.”
“Last year we saw an increase in the number of executions,” the UN Special Rapporteur added. “Many of those executed were from ethnic minorities, including 40 Baluchis and more than 50 Kurds. The death penalty is widely being implemented, including for those who take part in protests. Judicial procedures lack access to a lawyer and forced confessions are being taken under torture.
Javaid Rehman went on: “My report to the Human Rights Council mentions the use of deadly force against rallies. The reason for the two protests was water scarcities and basic shortages of livelihoods. In both cases, Iran has prevented timely access and sharing of information by interrupting the Internet. In February, the Iranian parliament approved a bill concerning online services, despite strong opposition from civil society. The bill is a major step toward establishing a digital wall in Iran that effectively cuts the country off from the global Internet.”
In his report to the Human Rights Council, Javid Rahman also emphasized: “Other examples have been the large-scale enforced disappearances and field executions of political dissidents in 1981 and 1988, which have not been the subject of any investigation or audit to date. Crimes that seem to be the official policy of the regime to wipe off these events from people’s memories.”
“The structure of governance and the lack of an accountability system in Iran have created a culture of impunity that perpetuates cycles of violence, as human rights violations have no consequences for the government or the perpetrators,” the report further reads. “There seems to be a state policy to intimidate, prosecute or silence those who demand accountability, justice, and truth. A clear example of this is the imprisonment of a Maryam Akbari Monfared for seeking truth and justice for her relatives, who were forcibly disappeared and executed in 1988.”
Javaid Rehman added, “There are also threats and harassment of people seeking litigation for the loss of their family members following the downing of the Ukrainian plane. Or attacks and arrests of family members who seek justice and clarification of the whereabouts of their children who were killed during the November 2019 protests or who later ended up in prison.”
Citing the violent suppression of popular protests and uprisings, Javed Rehman’s report to the UN Human Rights Council also reads: Protests started in Khuzestan province and subsequently spread to other areas, including Isfahan, Lorestan, East Azerbaijan, Tehran, and Karaj and it is referred to as the ”uprising of the thirsty”. The testimonies, photos, and videos show the widespread use of force against protesters, many of whom belong to Arab residents. Security forces, counter-insurgency forces, and plainclothes officers fired live ammunition.”
The UN Special Rapporteur called on the international community to hold the Iranian regime accountable for cases involving permanent impunity, including enforced disappearances, arbitrary field executions in 1988, and the killings that took place during and after the November 2019 uprising.
Outside the UN Headquarters in Vienna, Iranians and supporters of the Mujahedin-e-Khalq organization had organized a gathering, demonstrating pictures and reports of more than 4 decades of human rights violations in Iran.
Swiss member of parliament Sylvain Thevoz also attended the gathering and stressed the importance of seeking justice for crimes committed in the past in order to guarantee impunity for those who seek freedom in the future.

UN human rights experts today strongly condemned the execution of Arman Abdolali, convicted for an alleged murder committed when he was 17, and demanded that Iran stop sentencing children to death.
There are currently over 85 juvenile offenders on death row in Iran, sentenced to death following processes that significantly violate international human rights law. The majority of those sentenced to death are from marginalized groups or are individuals who themselves have been victims of abuse. Arman Abdolali was executed at dawn on 24 November. He was transferred to solitary confinement the previous evening. “We strongly deplore that the authorities proceeded with the execution of juvenile offender Arman Abdolali, in violation of an absolute prohibition under international human rights law,” the experts said.
Arman Abdolali’s execution had been scheduled and re-scheduled at least on six occasions, during which he was transferred to solitary confinement in preparation for his execution only to be returned to his cell at the last minute. Special Procedures mandate holders and experts from Treaty Bodies had on several occasions, including on 12 October, called on the Government to halt his execution.
“This case is emblematic of the deep flaws of the juvenile justice system in the Islamic Republic of Iran and we call on the Government to undertake reforms as a matter of priority,” the experts said. Human rights mechanisms have consistently called on Iran to abolish the death penalty, in particular for juvenile offenders.
“In the meantime, we call on the Government to commute all death sentences issued against juvenile offenders, in line with its international obligations.”
The experts: Javaid Rehman, Special Rapporteur on the situation of human rights in the Islamic Republic of Iran; Mikiko Otani, Chair of the Committee on the Rights of the Child, Morris Tidball-Binz, Special Rapporteur on extrajudicial, summary or arbitrary executions; Nils Melzer, Special Rapporteur on torture and other cruel, inhuman or degrading treatment or punishment.
The Special Rapporteurs and Working Groups are part of what is known as the Special Procedures of the Human Rights Council. Special Procedures, the largest body of independent experts in the UN Human Rights system, is the general name of the Council's independent fact-finding and monitoring mechanisms that address either specific country situations or thematic issues in all parts of the world. Special Procedures' experts work on a voluntary basis; they are not UN staff and do not receive a salary for their work. They are independent from any government or organization and serve in their individual capacity.
On the Arman Abdolali case see HoC 09/28/2020, 10/12/2021, 11/24/2021, 11/24/2021.