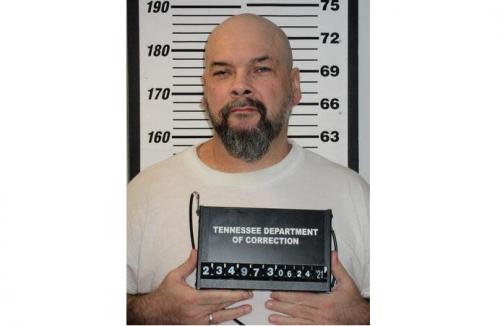 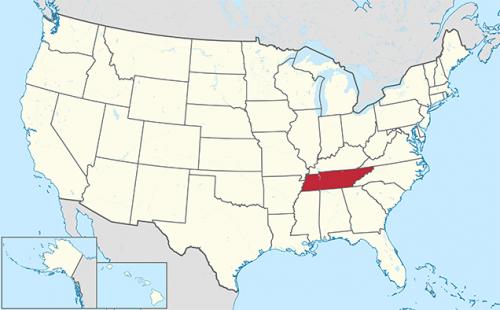 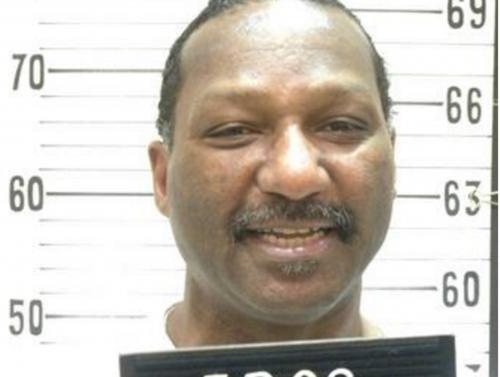 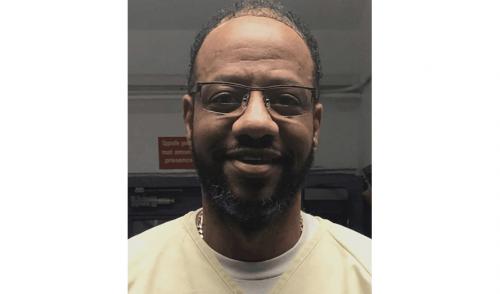 William Glenn Rogers' death sentence overturned
The 6th U.S. Circuit Court of Appeals on August 3 overturned Rogers' death sentence. His convictions stand, but the case will head back in Montgomery County to the trial court level for a new sentencing phase. William Glenn Rogers, 60, White, was convicted of the July 8, 1996 rape and murder of a 9-year-old girl, Jacqueline Beard. In 2000 a jury sentenced him to death for murder. He was additionally sentenced to 48 years in prison for the kidnaping and rape. In his most recent appeal, he raised claims for relief around possible ineffective assistance of counsel at multiple stages in his case as well as questions about the sufficiency of evidence against him.

Gov. Bill Lee suspends all 2022 executions for independent review of lethal injections.
Lee announced the move in a news release early Monday morning, saying the pause will give time for a 3rd-party review and a complete assessment over the lethal injection process. “I review each death penalty case and believe it is an appropriate punishment for heinous crimes,” Lee said. “However, the death penalty is an extremely serious matter, and I expect the Tennessee Department of Correction to leave no question that procedures are correctly followed.” U.S. Attorney Ed Stanton will oversee the independent review for Tennessee, the release said. 3 of 4 executions in Tennessee have been carried out by electric chair since 2019, the release said. Death row inmates are given the choice between lethal injection and the electric chair in Tennessee. Lethal injection is the default method for execution in the state. Smith's execution was set to be the 1st since February 2020 due to COVID-19 delays. He was one of five death row inmates set to be executed in Tennessee this year. The Tennessee Supreme Court will set new dates for the 2022 executions, the release said.

Nashville DA Concedes Byron Black Is Intellectually Disabled and Ineligible for Execution
Davidson County District Attorney Glenn Funk is asking a Tennessee trial court to vacate the death sentence imposed on Byron Black, now 65, Black, agreeing that the man, who is scheduled to be executed in August 2022, is intellectually disabled and therefore ineligible to be executed.
In a pleading filed in the Davidson County Criminal Court on March 9, 2022, Funk wrote that two mental health experts historically relied upon by Tennessee prosecutors in death-penalty cases had concluded that Black met the clinical criteria for intellectual disability. Funk also agreed with Black’s lawyers that a prior ruling in 2004 that denied his claim of intellectual disability was not binding in the current proceedings because it applied an unconstitutional definition of intellectual disability.
In addition to his intellectual disability, Black suffers from brain damage and schizophrenia, as a result of which, his lawyers argue, he cannot understand his execution or the reasons for it.
Black was convicted in Davidson County of murdering his girlfriend Angela Clay, 29, and her daughters Latoya, 9, and Lakesha, 6, at their home in April 1988. On Black’s case see also HoC December 15, 2011.

Judge Resentences Pervis Payne to Concurrent Life Terms, Making Him Eligible for Parole in Five Years After 34 Years on Tennessee’s Death Row
A Memphis judge has resentenced Pervis Payne to two concurrent life sentences, making the former Tennessee death-row prisoner who has long maintained his innocence eligible to apply for parole in five years. The sentencing order, issued by Shelby County Criminal Court Judge Paula Skahan on January 31, 2022, follows decades of litigation over whether Payne, who is intellectually disabled, was even subject to the death penalty.
County prosecutors fought to execute Payne for more than three decades, continuing to do so after the U.S. Supreme Court declared in 2002 that individuals who have Intellectual Disability Disorder were not eligible for the death penalty. As a December 13, 2021 hearing date on Payne’s intellectual disability approached, District Attorney Amy Weirich conceded that prosecutors had no evidence to challenge Payne’s claim, and Judge Skahan vacated Payne’s death sentence on November 23, 2021. Payne, who is Black, was convicted and sentenced to death in 1987 for the murders of 28-year-old Charisse Christopher and her 2-year-old daughter Lacie, who were White. In a trial marred by prosecutorial misconduct and racial bias, prosecutors alleged that Payne had been high on drugs and murdered Christopher after she supposedly rebuffed his sexual advances. No physical evidence supported the sexual assault allegations against Payne and police refused a request by Payne’s mother to conduct blood testing on her son, who had never used drugs. Judge Skahan resentenced Payne to two concurrent life sentences, which would make Payne eligible to apply for parole when he has served a total of 39 years. He has served 34 years so far. “Today is a great day, a great day for the Payne family and for Pervis Payne,” Payne’s lawyer, assistant federal defender Kelley Henry said after the ruling. “The Shelby County D.A. was effectively asking for a sentence of life without parole – which is not authorized under the law. The plain fact is, Pervis Payne is no threat to society and he never was.”
Weirich had asked the court to sentence Payne to consecutive life terms, which would have made him ineligible for parole until he was 85 years old. Payne’s lawyers presented testimony from four Tennessee Department of Correction employees, who attested to Payne’s good behavior in prison, including his unblemished record and the time Payne came to the aid of a corrections officer who had been attacked in prison. More than 10 family members, friends, and volunteers who visited Payne and others on death row testified that Payne was “gentle, kind, spiritual, and helpful” and would have a tight-knit community that could help him navigate post-prison life. In the opinion accompanying her ruling, Judge Skahan acknowledged that the Christopher family “has suffered tremendously,” but concluded that the defense had presented “ample evidence” that Payne did not pose a danger to society. On the other hand, she said, prosecutors had failed to establish that consecutive sentences were necessary to protect the public against Payne. “If released from custody, the defendant would have an extensive support network to assist him in his continued rehabilitation,” she wrote.
“The Judge considered this matter thoughtfully and deliberately and did the right thing by making the sentences concurrent,” Henry said, in a statement. “She followed Tennessee law, which favors concurrent sentences and places the burden on the State to prove that consecutive sentencing is necessary to protect the public.”
Henry said the hearing had presented Payne the opportunity to hug his son “for the first time without the specter of an execution hanging over their heads.”
Henry attributed Payne’s new sentence to reform efforts passed by the state legislature. In 2020, while a death warrant for Payne’s execution was pending, the Tennessee legislative black caucus announced plans to introduce a bill, inspired by Payne’s case, that would create a procedural mechanism for death-row prisoners to present their intellectual disability claims in the Tennessee courts. The legislators introduced the bill on November 4, 2020 and both houses of the legislature passed it by overwhelming margins in April 2021. One day after Governor Lee signed the bill into law.
“We are profoundly grateful to Gov. Lee, Rep. GA Hardaway, and the Tennessee Legislature, for answering the call of the Tennessee Supreme Court to modernize our state’s intellectual disability law which paved the way to removing Pervis from death row,” Henry said in the statement. “Without them, Pervis would be facing execution. We are equally grateful to our broad and diverse nationwide coalition of supporters, including more than 150 faith and community leaders right here in Memphis.”
However, she said, “Our work is not yet done. This journey will continue until we uncover the truth and Pervis is exonerated.”