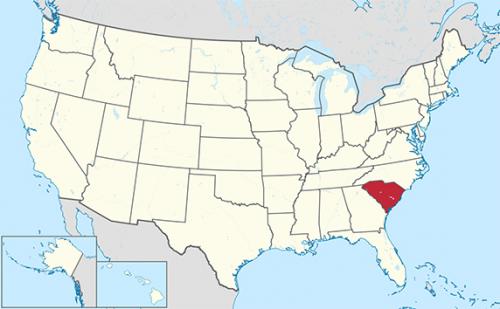 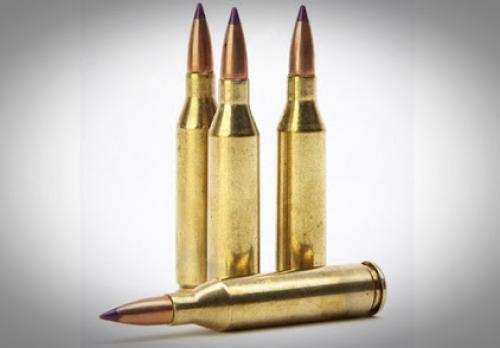 Quincy Allen’s death sentence overturned by the United States Court of Appeals for the Fourth Circuit. Allen deserves a new sentencing trial after a judge failed to “consider” all favorable evidence for him in the case, a majority of the federal 4th Circuit Court of Appeals has ruled. The 2-1 opinion, released Tuesday by the 3-judge panel, said Quincy Allen, who was the last person sentenced to death in Richland County, deserves a new sentencing hearing for a pair of brutal murders he committed with a shotgun in the Columbia area in 2002.
The court said that the judge who sentenced Allen to death after 10 days of testimony in 2005 “did not consider all of Allen’s mitigating evidence” and sometimes “assigned no weight at all” to crucial mitigating evidence that works in favor of the defendant.
“Allen’s death sentence cannot stand,” the appeals panel ruled. Allen, now 42, Black, had a severe mental illness at the time of the killings and the sentence would likely have been different if the judge had not “excluded, ignored or overlooked” defense testimony concerning it, the panel said.
Allen confessed to killing 4 people in 2002, 2 in North Carolina at a convenience store and 2 in South Carolina.
He received life sentences without parole for the North Carolina murders.
In the South Carolina killings, he shot and killed Dale Hall and Jedediah Harr in 2 separate incidents, and was sentenced to death on March 18, 2005

Executions Halted in South Carolina Amid Challenges to Constitutionality of Firing Squad and Electric Chair
The South Carolina Supreme Court has halted two scheduled executions, including one that would have been the state’s first execution by firing squad, amid ongoing legal challenges by state death-row prisoners to the state’s execution methods.
In separate orders, the state’s high court issued stays of execution for Richard Moore, who was scheduled to be put to death by firing squad on April 29, 2022, and to Brad Sigmon, who faced a May 13, 2022 execution date. It was the third stay of execution for each man. Previously, South Carolina had set executions for the men by lethal injection without having a supply of drugs to carry them out, then scheduled executions by electric chair without complying with a state-law requirement that they be provided the option to die by firing squad.
South Carolina has not carried out an execution in more than a decade.
In response to the state’s failure to obtain lethal-injection drugs, the legislature in 2021 passed a new law making electrocution the state’s default method of execution if lethal injection is unavailable. The law also gives death-row prisoners the option to be executed by firing squad.
Moore had filed notice on April 15 that he was selecting firing squad, but he stated in court filings, “I believe this election is forcing me to choose between two unconstitutional methods of execution.” He said, “I more strongly oppose death by electrocution. Because the Department says I must choose between firing squad or electrocution or be executed by electrocution I will elect firing squad.” “I do not believe or concede that either the firing squad or electrocution is legal or constitutional,” the filing explained.
On April 20, 2022, the same day the court stayed Moore’s execution, it issued a death warrant for Sigmon. The court did not explain the reasons for granting Moore a stay, saying only that “[a] more detailed order setting forth the parameters of the stay” would follow. When the court two days later issued a similar order staying Sigmon’s execution, observers speculated that the stays were related to ongoing litigation challenging the constitutionality of both electrocution and firing squad.
On April 14, Circuit Judge Jocelyn Newman issued a ruling denying South Carolina’s motion to dismiss the prisoners’ lawsuit challenging the state’s execution methods. The prisoners’ suit argues that both the electric chair and the firing squad violate South Carolina’s constitutional prohibition against cruel, corporal, or unusual punishments. “The electric chair and the firing squad are antiquated, barbaric methods of execution that virtually all American jurisdictions have left behind,” attorney Lindsey Vann, representing the prisoners, wrote in the lawsuit.
The prisoners also argue that South Carolina has denied them the statutory right to designate lethal injection as an execution option, saying the state department of corrections has not made adequate efforts to obtain execution drugs. The state argues that it has made “diligent efforts,” but “has been unable to obtain or acquire the necessary drugs for execution by lethal injection.”
In an affidavit, Bryan P. Stirling, director of the state’s Department of Corrections, asserted that officials have contacted multiple drug manufacturers, “all of which have refused to sell the drugs to the Department.” Efforts to obtain the drugs from compounding pharmacies have also been unsuccessful, he said. “As a result lethal injection is not available to the Department as a method of execution,” Stirling wrote. The department did not provide documentary evidence in support of its assertions.
South Carolina is one of only four states that authorize executions by firing squad. The other three – Mississippi, Oklahoma, and Utah – all use lethal injection as their primary method. Only three people have been executed by firing squad since executions resumed in the U.S. in 1977. All three firing squad executions took place in Utah; the most recent was Ronnie Gardner on June 18, 2010.

South Carolina has given the green light to firing-squad executions, a method codified into state law last year after a decade-long pause in carrying out death sentences because of the state's inability to procure lethal injection drugs. The state Corrections Department said Friday that renovations have been completed on the death chamber in Columbia and that the agency had notified Attorney General Alan Wilson that it was able to carry out a firing-squad execution. Lawmakers set about tweaking state law to get around the lethal injection drug situation. Legislation that went into effect in May made the electric chair the state's primary means of execution while giving inmates the option of choosing death by firing squad or lethal injection, if those methods are available. According to officials, the death chamber now also includes a metal chair, with restraints, in the corner of the room in which inmates will sit if they choose execution by firing squad. That chair faces a wall with a rectangular opening, 15 feet away, through which the three shooters will fire their weapons. State officials also have created protocols for carrying out the executions. The three shooters, all volunteers who are employees of the Corrections Department, will have rifles loaded with live ammunition, with their weapons trained on the inmate's heart. A hood will be placed over the head of the inmate, who will be given the opportunity to make a last statement. According to officials, Corrections spent $53,600 on the renovations. South Carolina is one of eight states to still use the electric chair and one of four to allow a firing squad, according to the Washington-based nonprofit Death Penalty Information Center. In June, the South Carolina Supreme Court blocked the planned executions of two inmates by electrocution, saying they cannot be put to death until they truly have the choice of a firing squad option set out in the state's newly revised law.
Now that a firing squad has been formed, the court will need to issue a new order for any execution to be carried out. South Carolina's last execution took place in 2011, and its batch of lethal injection drugs expired two years later. There are 37 men on the state's death row.