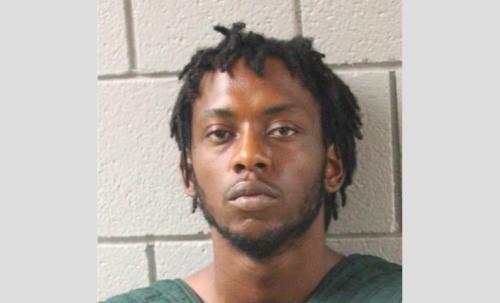 187th person to be exonerated 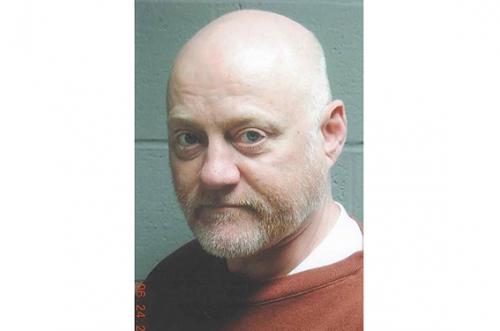 Pennsylvania Teen Exonerated 91 Years After Sham Trial and Execution on Racially Motivated Charges that He Had Murdered a White Woman
An African-American teenager who was convicted and sentenced to death in Pennsylvania on false charges that he had murdered a white woman has been exonerated, 91 years after he was executed.
On June 13, 2022, Delaware County Court of Common Pleas Judge Kevin Kelly granted a motion filed jointly by lawyers for Alexander McClay Williams and the Delaware County District Attorney’s office to posthumously overturn Williams’ conviction and death sentence. District Attorney Jack Stollsteimer then filed a motion to “nol pros” the case, dismissing the charges against Williams and formally exonerating him. Williams, who was 16 years old when he was put to death in the electric chair, was the youngest person ever executed in Pennsylvania.
The court action was the culmination of years of effort by Williams’ family and Sam Lemon, the great-grandson of his trial lawyer, to clear the teen of the murder of his school matron, Vida Robare, who was White. Robare had actually been murdered by her abusive ex-husband, shortly after she had obtained a divorce from him on grounds of “extreme cruelty.” Williams was represented at trial by William Ridley, the first African American admitted to the Bar of Delaware County. Ridley was paid $10 by the Court for expenses (the equivalent of $173 today) and had only 74 days to establish a defense for Williams, without any help from investigators, experts or resources.  A white judge and an all-white, all-male jury convicted and condemned Williams to death at the Delaware County Court House in Media on February 27, 1931.  The trial was based upon a confession coerced by police, after prosecutors withheld exculpatory evidence. The entire trial took less than a day. He was executed without an appeal six months later.
Judge Kelly granted Williams a new trial, finding that the conviction was obtained as a result of “numerous fundamental due process violations.” A spokesperson for the District Attorney’s office said the decision to nol pros the case was “an acknowledgement that the charges against Williams should never have been brought.”
“Sadly, we cannot undo the past,” Stollsteimer said. “We cannot rewrite history to erase the egregious wrongs of our forebearers. However, when, as here, justice can be served by publicly acknowledging such a wrong, we must seize that opportunity.” Susie Carter, Williams’ only living sibling, responded joyously. “I am happy. I am happy,” she said. “There’s no way they can bring him back, but let his name be cleared of all that. He did not do it.”
Robare had been stabbed 47 times with an ice pick during the murder and suffered two broken ribs and a skull fracture. Williams, however, had no blood on him that day. A bloody handprint was discovered at the crime scene. Although law enforcement had the prints examined by experts, the results were not presented at trial and were withheld from the defense. Police never investigated Robare’s ex-husband as a possible suspect.
Williams’ confession, which did not match the circumstances of the crime, was given after hours of police interrogation under undocumented circumstances. A 1931 photograph shows Williams with what appears to have a black eye sustained during police interrogation. When Williams was sentenced to death, he shouted that he had been promised he wouldn’t be executed if he confessed.
Williams’ case bears a striking resemblance to the case of George Stinney, a 14-year-old Black boy who was wrongfully convicted and sentenced to death by an all-white jury in South Carolina in 1944 for the murder of 2 young white girls. Stinney was the youngest person executed in the United States in the 20th century. His entire trial and sentencing lasted just 3 hours and the jury deliberated for only 10 minutes. As with Williams, Stinney did not file any appeals and was executed only months after his conviction. A South Carolina trial court vacated Stinney’s conviction in 2014, posthumously exonerating him.

Davone Anderson sentenced to death. Jurors in Cumberland County announced Tuesday their decision that Davone Unique Anderson, 27, Black, deserved capital punishment after he was convicted of two counts of first-degree murder and one count of first-degree murder of an unborn child as well as child endangerment. Authorities alleged that Anderson killed 23-year-old Sydney Parmelee on July 5, 2020, because he believed she was cheating on him. They allege he then killed 23-year-old Kaylee Lyons, who was six weeks pregnant, at the same home on July 30, 2020, because he feared she would tell police about the earlier slaying.
Cumberland County Judge Edward Guido will formally impose the sentence May 31.

A Cumberland County jury on May 10 announced a death sentence for Davone Anderson, 27, Black, in connection with the July 30, 2020 killing of his girlfriend Kaylee Lyons, 23, who was pregnant.
Anderson also killed another girlfriend, Sydney Parmelee, 23, on July 5 of that year in the same Carlisle apartment. However, the jury presented a deadlocked decision on how aggravated Parmelee’s death was. Cumberland County Judge Edward Guido subsequently announced Anderson would serve life in prison without parole for that conviction.
Defense attorneys admitted that Anderson killed both women, but pointed out he has not had an easy life himself.

Samuel Randolph exonerated and released.
Pennsylvania: Samuel Randolph released from death row as innocent
A court in Harrisburg in the U.S. state of Pennsylvania has granted the Dauphin County prosecutor’s request to drop all charges against Samuel Randolph IV. In doing so, he was acquitted of the double murder charge that landed him on Pennsylvania’s death row in 2003.
District Attorney Fran Chardo requested that Mr. Randolph’s prosecution be dropped. While declining to concede Randolph’s innocence, she stated that retrial was not in the public interest at this time because a number of prosecution witnesses were deceased or unavailable for other reasons.
A federal district court had already overturned Randolph’s conviction in 2020 on the grounds that the court violated Randolph’s right to representation by counsel of his choice by preventing his family’s retained counsel from intervening in the case and forcing Randolph to go to trial with an unprepared public defender.
As early as 2021, Chardo had offered Randolph a plea deal in which he would still be able to maintain his innocence but would have to admit that prosecutors had enough evidence to convict him. Under that deal, Randolph would have been released for time served, but his conviction would remain on his record. “I didn’t do that. Innocent people don’t plead guilty – as much as I want to go home,” Randolph said of that.
Randolph is the 187th person to be exonerated of a wrongful conviction and death sentence in the United States since 1973. He is the 11th Pennsylvania death row inmate to be exonerated. Five of those exonerations have taken place since 2019. All five cases involved both official misconduct and perjury or false accusations. Four of the five cases also involved inadequate legal representation at trial.

Death sentence of Kevin Dowling overturned.
A Pennsylvania trial court has granted a new trial to death-row prisoner Kevin Dowling, now 63, White, finding that prosecutors withheld evidence that would have shown he was 40 miles away when their sole eyewitness claimed to have seen him near the murder scene.
In a ruling issued February 22, 2022, Lebanon County Senior Judge Robert J. Eby, also found that prosecutors failed to correct the testimony of a state trooper who fabricated a timeline that supported the eyewitness’s erroneous identification. Dowling’s trial counsel, Eby found, also was ineffective in failing to request evidence in the possession of the prosecution that would have demonstrated that the prosecution’s timeline was inaccurate and that its eyewitness testimony was mistaken.
Dowling was convicted and sentenced to death in 1998 for the October 20, 1997 murder of Jennifer Myers. No physical evidence linked Dowling to the murder. The prosecution’s case against Dowling relied heavily on the testimony of a single eyewitness, Sandra Sue Eller.
Dowling has been on Pennsylvania’s death row more than 23 years.