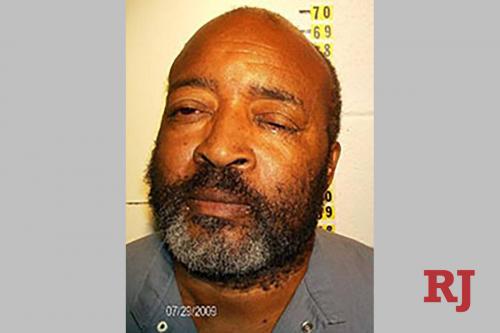 On death row for 38 years 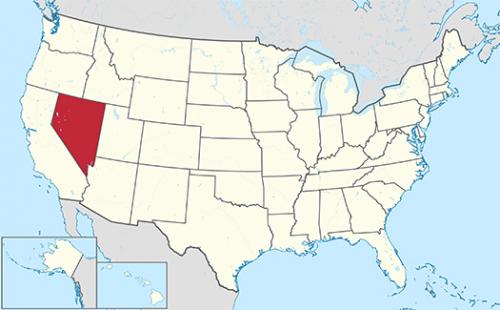 Gov. Sisolak walked back his position

Samuel Howard, on death row for 38 years, ruled ineligible for execution.
Howard, now 73, Black, was given the death penalty in May 1983 after he was convicted of robbing Las Vegas dentist George Monahan of $2 and fatally shooting him in the head in March 1980. In a unanimous decision handed down Thursday, the State Supreme Court found that a New York court had recently vacated Howard’s previous lone felony conviction. The death penalty can be imposed in Nevada only when at least 1 of more than a dozen aggravating circumstances, such as a prior felony conviction for murder or the use or threat of violence, are found. A jury then weighs the aggravating circumstances and those in the defendant’s favor, called mitigating circumstances, to determine whether capital punishment is warranted. “Given that the statute clearly requires a conviction, we cannot salvage the aggravating circumstance based on the other evidence the State presented at the penalty hearing” for Howard, Herndon wrote. “Because the only aggravating circumstance supporting Howard’s death sentence is no longer valid, he is ineligible for the death penalty.” Nevada’s last execution more than 15 years ago, when Daryl Mack was executed in 2006 for the rape and murder of a Reno woman, Betty Jane May, in 1988.

Drug Manufacturer HIKMA Says Nevada ‘Surreptitiously’ Obtained Drug for Execution in Violation of State and Federal Law.
For the second time in three years, the Nevada Department of Corrections (NDOC) and the state of Nevada are facing legal action from a pharmaceutical manufacturer after obtaining drugs for an execution in violation of the drug manufacturer’s policies.
Hikma Phamaceuticals, a maker of the anesthetic ketamine, sent a cease-and-desist letter to Nevada Attorney General Aaron Ford on June 24, 2021, threatening to sue the state for illegally obtaining ketamine for the execution of Zane Floyd, unless it returns the drugs. Floyd is currently scheduled for execution during the week of July 26.
“Hikma has taken proactive action to prevent the sale and distribution of its products to NDOC, and NDOC’s misuse of its products in the State of Nevada’s lethal injection protocol,” Hikma’s lawyer, Josh Reid, wrote in the letter. “Nonetheless, it appears that NDOC has ignored Hikma’s repeated demands and, in knowing violation of Hikma’s legal rights, express communications with NDOC and express policies and controls, NDOC surreptitiously obtained Hikma’s Ketamine for use in an execution.”
The Nevada Department of Corrections (NDOC) allegedly obtained 50 vials of ketamine, which it intends to use as the second drug in an untried three- or four-drug protocol. Reid wrote: “NDOC’s purchase and intended use of Hikma’s products for capital punishment is in violation of state and federal law, in knowing violation of Hikma’s property and proprietary interests in its products, and these actions will cause significant damage to Hikma’s business reputation and the interests of its investors.”
A federal judge issued an order June 28 staying Floyd’s execution, saying Nevada’s late disclosure of the drugs it intended to use did not provide the court sufficient time to assess the constitutionality of the state’s untested execution method. “Even for individuals who have been condemned to execution by the state, fundamental due process and fairness is required to have an adequate amount of time to be able to investigate the method by which the state intends to take his life,” Judge Richard Boulware said.

Nevada Supreme Court overturns death sentence of Tracy Petrocelli for 2nd time
In a 4-2 decision, the Nevada Supreme Court found last week that a mistake on a verdict form in the 2nd sentencing of Tracy Petrocelli in 2019 could have affected the jury's decision.
Petrocelli, now 69, was first sentenced to die in 1982 for the shooting of James Wilson, a Reno used-car salesman. Petrocelli shot Wilson after he fled Washington state, where 5 months earlier he had killed his 18-year-old fiancee, Melanie Barker.
In 2017, the 9th U.S. Circuit Court of Appeals upheld Petrocelli’s conviction in that case but ordered a new sentencing after finding in part that his penalty relied on testimony from a psychiatrist who examined Petrocelli without informing him of his Miranda rights.
He appealed his second sentence, arguing that the verdict forms contained a mistake in the wording as it required a finding “that any mitigating circumstance or circumstances are not sufficient to outweigh the aggravating circumstance found.”
To impose death, jurors must find at least 1 aggravating circumstance and decide that no mitigating circumstances outweigh the aggravating factors. Jurors considered 3 possible sentences: capital punishment, life in prison without parole or life in prison with parole.
“We conclude that the error affected Petrocelli’s substantial rights and he is entitled to a new sentencing hearing,” wrote Justices James Hardesty, Lidia Stiglich, Elissa Cadish and Abbi Silver. “Accordingly, we conclude Petrocelli has demonstrated plain error.”
Since the 1st guilty verdict, Petrocelli has been convicted of two other killings that occurred in 1981. One was of Barker, who was killed in October 1981. The other murder, of Dennis Gibson, was not prosecuted until the late 2000s. In that case, Petrocelli pleaded guilty to 2nd-degree murder.
All 3 of his victims were killed within 6 months of one another — from October 1981, when he shot Barker, to March 1982, when he killed Wilson. Petrocelli had not been convicted of murdering Barker when he stood trial for the shooting of Wilson, but the jury still learned of her death through testimony at trial.
Prosecutors in Washoe County, tasked with deciding whether to continue to pursue capital punishment for Petrocelli, could not be reached for comment.
For the Petrocelli case, see also HoC July 5 2017 and May 16, 2019.

Nevada Democrats Squander Opportunity To End Death Penalty
An effort to abolish the death penalty in Nevada, a state with one of the largest per capita death rows in the country, collapsed on Thursday after Gov. Steve Sisolak (D) said he would not support the abolition bill.
“At this time, there is no path forward for Assembly Bill 395 this legislative session,” Sisolak said in a statement. “I’ve been clear on my position that capital punishment should be sought and used less often, but I believe there are severe situations that warrant it.”
The Democratic majority in the state Assembly passed AB 395 last month, marking the first time a death penalty abolition bill has cleared either chamber of the Nevada legislature. With Democrats also in control of the state Senate and the governorship, the bill should have been well positioned to become law. But as the Friday deadline to move the bill out of a Senate committee loomed, key Democrats wavered.
Senate Judiciary Chair Melanie Scheible and Senate Majority Leader Nicole Cannizzaro both work as prosecutors for the Clark County district attorney’s office when the legislature is out of session. Their boss, District Attorney Steve Wolfson, has testified against AB 395 and is currently trying to schedule an execution.
Scheible, who had previously publicly stated her support for ending the death penalty, did not hold a hearing or a committee vote on AB 395, and Cannizzaro never committed to holding a floor vote. Neither lawmaker responded to HuffPost’s requests for comment.
The politicians’ refusal to act squanders a rare opportunity to abolish the death penalty.
Nevada has not carried out an execution since 2006, in part because drug manufacturers have fought against their products be used to kill.
Anti-death penalty advocates suspect that the lawmakers were waiting for a signal from the governor that if they passed a bill, he would sign it into law. During his gubernatorial campaign in 2017, Sisolak said he was opposed to capital punishment but later walked back his position and said he might support the death penalty for particularly horrific crimes, citing Stephen Paddock, the man who opened fire on a country music festival in Las Vegas in 2017, killing 60 people and himself.
On Thursday, as the deadline to advance the abolition bill drew near, there were discussions about adding an amendment to allow capital punishment for mass shooting perpetrators, as an attempt to gain support from hesitant lawmakers. It would have significantly reduced the number of people eligible to be killed by the government. But midday Thursday, Sisolak announced an end to the legislative effort. The governor did not respond to a request for comment.

Assembly repeals death penalty, sends to Senate
Nevada's Assembly voted Thursday to abolish the death penalty, a bill that, if signed into law, would make the state the 24th to outlaw the punishment. The legislative body voted 26-16 in favor of AB395, which, in addition to repealing the death penalty, would commute the sentences of those on death row to life in prison without the possibility of parole. The bill now goes before the Democratic-controlled state Senate for a vote. The Senate is already considering a similar bill, SB288, which would not be retroactively applied to current death row inmates.
70 people currently sit on the state's death row.
If a death penalty repeal bill makes it to Democratic Gov. Steve Sisolak's desk, it's unclear if he'd sign the legislation into law.