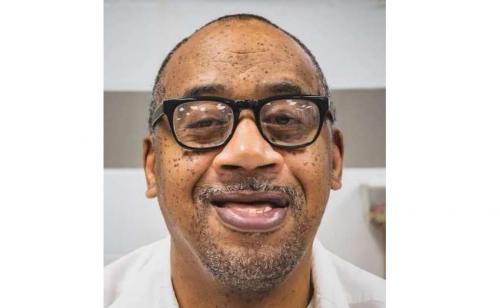 Despite pleas for clemency for intellectual disability

Ernest Johnson executed despite pleas for clemency by advocates who said he had an intellectual disability.
Ernest Johnson, now 61, Black, received a lethal injection on Tuesday after the US Supreme Court refused to consider a stay of execution earlier in the day.
The man's pleas for leniency had received support from Pope Francis and 2 members of Congress.
Johnson was sentenced to death in 1995 after he was convicted for the killings of Mary Bratcher, Fred Jones, and Mable Scruggs, 3 convenience store workers, in a 1994 robbery.
In his final statement, Johnson wrote that he was "sorry" and expressed "remorse" for what he had done.
Attorneys for Johnson argued he was ineligible for the death penalty because multiple IQ tests have shown he has the mental capacity of a child and still reads at a 3rd-grade level.
Johnson was born with foetal alcohol syndrome after his mother drank heavily during her pregnancy.
He has also been missing 1/5 of his brain tissue since 2008 after undergoing surgery to remove a brain tumour.
Attorneys pointed to a 2002 Supreme Court ruling that asserts that using the death penalty against Americans with intellectual disabilities violates the Eighth Amendment of the US Constitution, which prohibits "cruel and unusual punishments".
However, the US state's top court denied Johnson a stay of execution last year and refused to take up his case again.
In the time leading up to Johnson’s execution, Pope Francis and 2 Democratic members of the Missouri congressional delegation issued calls for his sentence to be set aside. US Representatives Cori Bush and Emanuel Cleaver II petitioned Governor Parson to halt the execution. “The fact of the matter is that these death sentences are not about justice. They are about who has institutional power and who doesn’t,” they wrote. “Like slavery and lynching did before it, the death penalty perpetuates cycles of trauma, violence and state-sanctioned murder in Black and brown communities.”
Former Missouri Supreme Court Justice Michael Wolff, who voted with the majority of the court 13 years ago to deny Johnson’s appeal, as well as former Missouri Governor Bob Holden, a Democrat who oversaw 20 executions while in office, also called on Parson to grant Johnson clemency.
The KansasCity Star ’s editorial board criticized Parson for failing to convene a board of inquiry into Johnson’s sentence, writing: “When the state, our state, does kill this man, as it almost certainly will, it will be yet another indictment of a system so bloodthirsty that it delights in vengeance against those who don’t even know why they’re being punished.”
But on Monday, Governor Mike Parson announced the state would "deliver justice and carry out the lawful sentence Mr Johnson received in accordance with the Missouri Supreme Court's order".
Johnson had asked to be executed by firing squad but his request was denied by the Missouri Supreme Court, and he was instead executed by lethal injection.
In a handwritten statement before his death, Johnson apologised for his crimes and thanked his family, friends and lawyer for their support.
Johnson becomes the 1st condemned inmate to be put to death this year in Missouri and the 91st overall since the state resumed capital punishment in 1989.
Johnson becomes the 7th condemned inmate to be put to death in the USA this year and the 1,536th overall since the nation resumed executions on January 17, 1977.