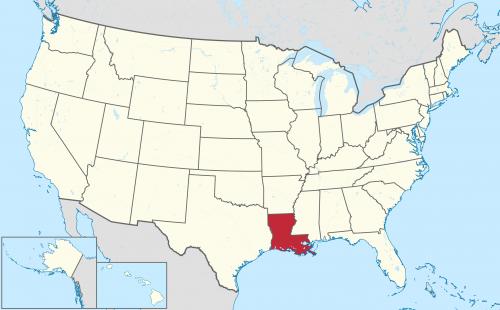 USA - Louisiana. The state can’t buy drugs to use in executions

Death penalty for parents who kill their children

The state can’t buy drugs to use in executions, so judge drops death penalty case
Louisiana has not executed an inmate since 2010.
A federal judge has dismissed a 2012 lawsuit challenging Louisiana’s execution protocol because the state cannot obtain drugs for the purpose of lethal injections, according to court documents.
Pharmaceutical manufacturers have refused for years to provide drugs to institutions that plan to use them for capital punishment, rendering the dispute over whether lethal injections should be allowed to go forward in Louisiana moot, U.S. District Judge Shelly Dick wrote in her ruling handed down Wednesday, March 30.
The original plaintiff, death row inmate Jessie Hoffman, alleges in the lawsuit that the state prison authorities refused to disclose the lethal injection protocol they planned to use to kill him.
The 2010 death penalty protocol for the state, which allows execution only by lethal injection, listed the three drugs it would use in each execution. But the Department of Corrections confirmed that it did not have any supply of one of the drugs and could not get any from its pharmacy vendors, according to court documents.
Hoffman and his lawyers argued that his execution without the missing drug — sodium thiopental — would be considered cruel and unusual punishment. Hoffman was sentenced to death in 1998 for the November 1996 kidnap, robbery, rape and murder of 28-year-old Mary Elliot, according to court records.
In an affidavit submitted to the court in the death penalty lawsuit, Louisiana Department of Public Safety and Corrections Secretary James Le Blanc wrote that the department would not be able to carry out any executions for the foreseeable future due to “a lack of access to lethal injection drugs.”
But Hoffman and the 10 other inmates who joined the lawsuit argued that the state’s execution protocol could change at any moment and dismissal of their lawsuit would “facilitate last-minute, potentially dangerous changes in (Louisiana Department of Public Safety and Corrections) protocol under the cover of darkness and without judicial oversight,” according to the ruling.
The state has not executed an inmate since 2010, when Gerald Bordelon was put to death for the murder of his 12-year-old stepdaughter. Bordelon chose to waive his appeals, speeding up his execution by many years, according to Nola.com. The last execution before his was in 2002.
In 2018, Louisiana’s Attorney General Jeff Landry issued a press release blaming Louisiana Governor John Bel Edwards for failing to move forward with executions in the state, according to court documents. Landry wrote that if there are obstacles to obtaining certain drugs used in lethal injections, the state should find a way around the issue.
“In the last two years, Texas, Florida, Georgia, Alabama, Missouri, Ohio, and Virginia have all navigated similar obstacles and successfully carried out sentences of execution,” he wrote. “Alabama, which carried out two executions this year, recently expanded its options to include electrocution, nitrogen hypoxia, and lethal injection… Missouri likewise authorizes the use of lethal gas, and several states permit death by hanging or firing squad.”

(HB 68) - House Committee greenlights bill that would authorize the death penalty for parents who kill their children. The House Committee on Administration of Criminal Justice advanced a bill Thursday that would allow parents who are convicted of killing their minor children to receive the death penalty.
House Bill 68, authored by Rep. Barbara Carpenter, D-Baton Rouge, would add minor children of the offender to the list of victims of the crime of first-degree murder.
Current law includes all minors under the age of 12 on the list of victims for whom killers can receive the death penalty.
Rep. Richard Nelson, R-Mandeville, asked why the Legislature would add ages 12-18 only in cases where the victim is the child of the offender.
Remy Starns, the State Public Defender, brought up the cost of defending death penalty cases in his testimony to the committee.
“As the State Public Defender, I spend $7.7 million a year defending the death penalty,” he said, adding that $1.4 million of that is post-conviction. “The other $6.2 or $6.3 million is for trial-level appellate, almost none of which results in the death penalty,” Starns said.