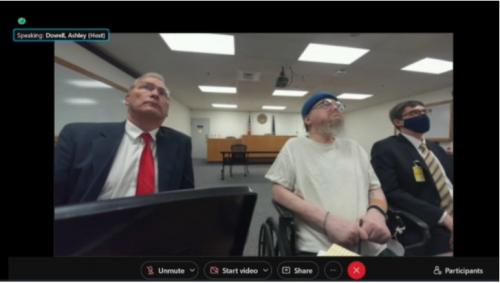 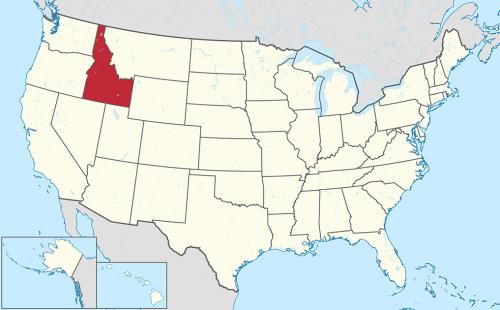 To conceal the identity of all execution drug suppliers

would shield suppliers of lethal drugs and execution participants

Pizzuto’s execution canceled as state can’t find lethal injection drugs
The Dec. 15 execution of Gerald Pizzuto Jr. has been delayed, as the Idaho Department of Correction (IDOC) doesn’t have the chemicals to carry it out. Pizzuto was convicted in the 1985 murders of a woman and her nephew in Idaho County.
IDOC served Pizzuto with a death warrant earlier this month, after the Idaho Supreme Court upheld Gov. Brad Little’s decision to overturn a recommendation for Pizzuto’s clemency, issued by the Commission on Pardons and Parole last year.
On Nov. 16, the same day it issued the warrant, IDOC said it did not have the chemicals needed to carry out Pizzuto’s execution and was working on securing them.
On Monday, Pizzuto’s lawyers with the Federal Defender Services of Idaho said IDOC had missed its own deadline – 20 days before an execution – to obtain the drugs it planned on using. An IDOC spokesperson declined to comment, citing ongoing litigation.
On Wednesday, IDOC notified the court it still did not have the chemicals necessary to carry out the execution on Dec. 15 and it would allow the death warrant for Pizzuto to expire. Lethal injection is the only legal method of execution in Idaho.

Supreme Court overturns lower court in Pizzuto death penalty case, says guv can block commutation
The Idaho Supreme Court ruled unanimously today that Gov. Brad Little can block the Idaho Commission of Pardons and Parole's 4-3 decision to commute the sentence of terminally ill double murderer Gerald Pizzuto. The decision means the state can seek a death warrant for Pizzuto. Once issued, the warrant would set Pizzuto's execution by lethal injection in the next 30 days.
Pizzuto, 66, is terminally ill and has been under hospice care for two years. Little reversed the commission’s decision the same day it was issued, saying Pizzuto’s crimes merited execution.
Justice Greg Moeller, author of the court's majority opinion, found that the governor has the power under the Idaho Constitution to overturn the commission's decision, under a 1986 constitutional amendment regarding the commutation and pardon process.
Pizzuto was sentenced to death in 1986. The commission's 4-3 vote came in December of 2021, and Little immediately rejected it. Pizzuto appealed, winning a District Court ruling that the governor's move, and a state law section authorizing it, was unconstitutional. The Supreme Court overturned the lower court.
Pizzuto has spent more than 3 decades on death row after being convicted for the July 1985 slayings of two gold prospectors at a cabin north of McCall. His execution had been scheduled for June 2021, but he asked for clemency because he has terminal bladder cancer, heart disease, diabetes and decreased intellectual function.
The state's Commission of Pardons and Parole voted 4-3 in December to recommend that his death sentence be commuted to life in prison, citing in part the torture and abuse that Pizzuto experienced as a child and his serious health problems. But Idaho Gov. Brad Little rejected that decision, saying the brutal nature of Pizzuto's crimes merited the death sentence.

(HB 658) Governor signs bill boosting secrecy of execution drugs
Idaho Governor Brad Little has signed a bill that drastically boosts the veil of secrecy over drugs used for executions in the state. Under the new law, Idaho officials cannot share where and how they acquired drugs used in lethal injection executions. Officials will be banned from disclosing the origins of the drugs even if ordered to do so by a judge. The bill passed the Senate 21-14 and the House 38-30.

HB 658 clears Legislature
The Senate voted 21-14 to pass House Bill 658, a bill designed to conceal the identity of all execution drug suppliers to maintain Idaho’s death penalty by lethal injection. The bill is now only a governor’s signature away from becoming law.
The bill, co-authored by the Idaho attorney general’s office and Idaho Department of Correction, passed the House by a narrow margin on February 24 (see).
Proponents have said the law is necessary to continue Idaho’s overarching policy of capital punishment.
State prison officials have said that suppliers won’t sell them lethal injection drugs out of concerns that they will be identified and face public scorn for involving themselves in the polarizing national issue of capital punishment. Proponents of the bill have said allowing the names of drug sources and medical participants to be released will lead to protests of the homes and businesses of those who assist, to shame them out of helping Idaho carry out an execution.
The lethal injection confidentiality bill came about as a result of an Idaho Supreme Court ruling in 2020 that compelled the Idaho Department of Correction to release documents identifying past execution drug sources in response to a public records lawsuit. The documents were later used to show the 2 out-of-state pharmacies that provided the state with the lethal injection drugs for executions in 2011 and 2012 had dubious safety histories.
The documents released under court order also revealed the lengths to which state prison leadership went to keep its execution drug sources secret. Such covert tactics included the use of confidential cash accounts and state-chartered flights, as well as leveraging the Idaho Department of Health and Welfare to acquire the drugs on IDOC’s behalf.
After House Bill 658’s Senate passage Friday, the ACLU of Idaho called on Gov. Little to veto the bill.
“We are disappointed with today’s Senate vote,” Lauren Bramwell, the ACLU of Idaho’s policy strategist, said in a written statement to the Statesman. “It is inconsistent for lawmakers to tout the importance of government transparency, while simultaneously cloaking the state’s greatest power — the power to end someone’s life — in a veil of secrecy. Without transparency, cases of incompetence or misconduct can continue unchecked.”

Idaho bill to shield lethal injection drug suppliers in executions heads to Senate
Idaho lawmakers breathed new life into a contentious bill aimed at preserving the state’s death penalty, holding a disputed re-vote Monday in committee and advancing the proposed law to the Senate floor for a full vote.
House Bill 658 would shield suppliers of lethal injection drugs and all execution participants from any public disclosure, including in a court of law. Proponents have framed the bill as vital to maintaining capital punishment in the state.
No more public testimony was accepted Monday after the bill failed to advance last week in a 4-4 tie vote. Spirited debate among the committee lasted about 15 minutes ahead of the re-vote, when the Senate panel passed the bill by a 5-4 tally.
Procedural questions arose Monday in the Senate panel over whether a re-vote was permitted just six days after the bill failed to advance on a tie, without either being amended or reintroduced.

HB 658 to shield lethal injection drug providers fails to advance out of Senate Judiciary and Rules Committee. The bill won’t go to the Senate floor after tie vote (4-4) over transparency concerns. House Bill 658 would have extended legal protection to any person or business responsible for compounding, synthesizing, testing, selling, manufacturing, storing or prescribing the chemicals or substances used for execution. The identity of a supplier would not be admissible as evidence or discoverable in any court proceedings, and individuals would not be subject to licensing board discipline for their involvement in carrying out the death penalty. The bill is likely dead for the session.

House passes HB 658 granting confidentiality in executions.
The Idaho House of Representatives voted 38-30 Thursday to pass a bill that would give confidentiality to the suppliers and manufacturers of lethal injection drugs. If it becomes law, the bill would give confidentiality to any person or business who “compounds, synthesizes, tests, sells, supplies, manufactures, stores, transports, procures, dispenses, or prescribes the chemicals or substances for use in an execution or that provides the medical supplies or medical equipment for the execution process.” The on-site physician and any members of the medical or escort teams for executions would also be given confidentiality under the bill. The bill would also prevent the confidential information from being released in court filings and documents as well. The bill’s sponsor, Rep. Greg Chaney, R-Caldwell, said the state will no longer be able to carry out lethal injections without offering companies and individuals the confidentiality protection included in the bill. During a public hearing on the bill Feb. 17, Idaho Department of Correction Director Josh Tewalt testified that the state is not able to obtain the drugs necessary to carry out an execution.

Gerald Pizzuto’s death sentence reduced to life in prison by an Idaho district court judge Friday — a ruling with far-reaching implications for the state after the judge found Gov. Brad Little has no power to reject a clemency recommendation in murder cases under the Idaho Constitution.
In a legal challenge over Little’s decision, Judge Jay Gaskill, of Nez Perce County, ruled that the Idaho Commission of Pardons and Parole is the only body with the authority to commute an inmate’s sentence stemming from a murder conviction. The governor, meanwhile, possesses final say on cases of treason and impeachment.
In December, the Republican governor denied the parole board’s recommendation — made in a 4-3 vote — to reduce Pizzuto’s sentence to life in prison. Gaskill referred to a constitutional amendment in the 1980s regarding clemency, and concluded that the governor was never granted such overarching power. “There is no indication that the founders or the people of the state of Idaho in 1986 intended to give the governor the ultimate decision-making authority with respect to whether a death sentence should be commuted,” Gaskill wrote. “This court finds that the commission’s power to issue commutations applies to all cases of offenses against the state except treason or conviction on impeachment.”
Under the action, the death sentence of Pizzuto, 66, who is terminally ill with late-stage bladder cancer, was dropped to life in prison without the chance of parole. Gaskill’s ruling prevents the state from issuing a death warrant to execute Pizzuto, who has been on Idaho’s death row since 1986. He has avoided execution three times since his conviction, most recently with the issuance of his last death warrant in May.
The Federal Defender Services of Idaho, the nonprofit that represents Pizzuto, applauded Gaskill’s decision. “We are grateful that the court upheld the just and merciful decision by the parole commission to let Jerry Pizzuto die in prison,” Deborah Czuba, supervising attorney of the nonprofit’s unit that oversees death penalty cases, said in a written statement. “As the court recognized, the Idaho Constitution wisely leaves commutation decisions to the commissioners, who the governor appoints based on their judgment and expertise in such matters. The people of Idaho have not given the governor the power to interfere in the commutation process, and as the court found, he acted illegally here. “We hope the state will now do the right thing and finally allow a dying man to pass away of natural causes in prison, rather than continuing to fight for an unnecessary execution through costly litigation at taxpayer expense,” Czuba added.
Little’s office said Friday in a written statement that he will challenge the ruling, which is expected to be filed with the Idaho Supreme Court.
Pizzuto was convicted of the summer 1985 murders of Berta Herndon and her nephew Del Herndon at a remote Idaho County cabin. He has sat on Idaho death row ever since.