government: constitutional monarchy that is also a parliamentary democracy and a federation
state of civil and political rights: Free
constitution: 17 April 1982; Charter of rights and customary norms
legal system: based on English common law, except for Quebec, where the system is founded on French law
legislative system: bicameral Parliament consists of the Senate and the House of Commons
judicial system: Supreme Court, judges are appointed by the Prime Minister through the Governor General; Federal Court of Canada; Federal Court of Appeal; Provincial Courts
religion: Roman Catholic 42.6%, Protestant 23.3%, other Christian 4.4%, Muslim 1.9%, other
death row:
year of last executions: 0-0-0
death sentences: 0
executions: 0
international treaties on human rights and the death penalty:
situation: 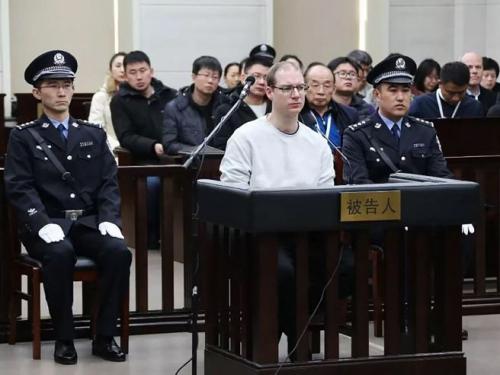 Pressure for Canada not to extradite "Lady Huawei" to the US.

A Chinese court has upheld the death sentence for Robert Lloyd Schellenberg, a Canadian convicted of drug smuggling in China in 2018.
The Liaoning High People's Court said in a statement Tuesday that they rejected his appeal because "the facts identified in the first trial were clear, the evidence was true and sufficient, the conviction was accurate, the sentence was appropriate." According to the court that handed down the death sentence in 2019, Schellenberg was dispatched to Dalian by drug traffickers in November 2014 to orchestrate the smuggling of more than 222 kilograms of methamphetamine from the Chinese port city to Australia. Schellenberg and an accomplice bought tools and tires in an attempt to repackage the drugs before shipping them out in containers, according to the prosecution. The Canadian was said to have inspected the cargo, assessed the workload and decided on a shipping date. After his accomplice turned himself into the police, Schellenberg fled Dalian and was arrested in southern China on December 1, 2014, when he tried to fly to Thailand, the court said.
Schellenberg, who is one of several Canadians currently detained in China, has persistently maintained his innocence. He was first tried in March 2016 and was convicted in November 2018. Upon receiving a sentence of 15 years in prison, he appealed the verdict. A high court ordered a retrial in late December 2018 when the prosecution said they had uncovered new evidence to prove Schellenberg's principal role in the case. He received the death sentence just a month later.
Canadian Prime Minister Justin Trudeau criticized the ruling, saying in 2019 that the situation was "of extreme concern" and accusing China of "arbitrarily" applying the death sentence.
Schellenberg's family have said they are in close contact with Canadian diplomats in China.
China severely punishes those caught smuggling or trafficking drugs, including foreigners. Anyone found with more than 50 grams of a controlled substance can face the death penalty.
Schellenberg's case came amid worsening diplomatic tensions between the two countries, after Canadian police detained top Huawei executive Meng Wanzhou in December 2018 -- just before the high court ordered his retrial.
Meng, who is also the daughter of the Chinese tech company's founder, was released on bail pending an extradition hearing to the United States on charges of violating sanctions against Iran.
Guy Saint-Jacques, Canada's ambassador to China from 2012 to 2016, said he believes China is making an example out of Schellenberg.
In addition to Schellenberg's death sentence, Chinese courts are due to issue verdicts in two long running espionage cases involving detained Canadian citizens, Michael Kovrig and Michael Spavor. Beijing has repeatedly rejected allegations of "hostage diplomacy," denying any link between cases involving Canadians in China and Meng's fate.
Beijing in January 2020 proposed a "hostage swap" with Meng to Canada but Prime Minister Trudeau rejected it with harsh words: "The government does not trade in legal matters".
Marc Garneau, Canada's Minister of Foreign Affairs, said in a statement that Canada "strongly condemns" the court's decision and Schellenberg's "arbitrary" sentence. "We have repeatedly expressed to China our firm opposition to this cruel and inhumane punishment and will continue to engage with Chinese officials at the highest levels to grant clemency to Mr. Schellenberg," Garneau said.
The only possibility for Schellenberg is that the sentence will be reviewed by the Supreme People’s Court, the highest Chinese court, but the suspicion is that everything will depend on how "Lady Huawei" is treated.