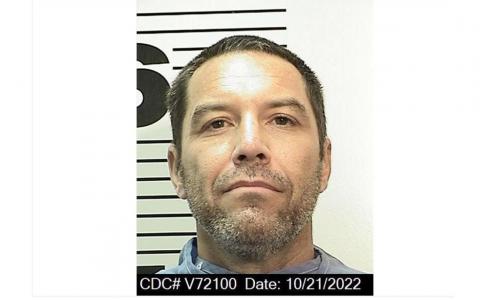 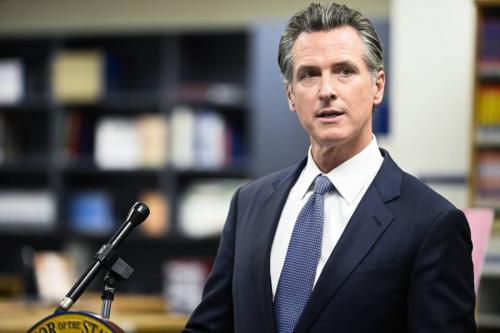 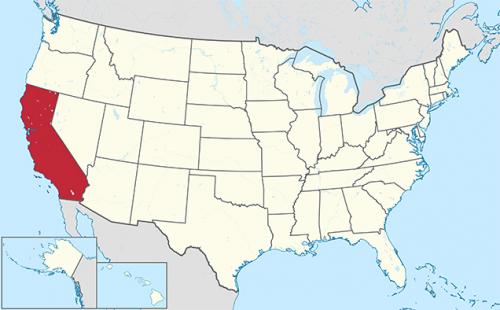 To life without parole, at DA’s request

Scott Peterson finally moved off death row.
Scott Peterson has been moved off death row more than 2 years after the California Supreme Court overturned his death sentence for killing his pregnant wife 2 decades ago, corrections officials said Monday.
Peterson was moved last week from San Quentin State Prison north of San Francisco to Mule Creek State Prison east of Sacramento. A new mug shot taken Friday shows Peterson, 50, with salt-and-pepper stubble compared to his previous clean-shaven look. Jurors imposed the death penalty after convicting Peterson of the 1st-degree murder of Laci Peterson, 27, and 2nd-degree murder of the unborn son they were going to name Conner, dumping them into San Francisco Bay on Christmas Eve 2002. The state’s high court overturned that sentence in August 2020 after finding that potential jurors were improperly dismissed for saying they personally disagreed with the death penalty but would be willing to follow the law and impose it.
A state judge is now considering if Peterson deserves a new trial after the justices separately said his jury may have been tainted by a biased juror.
As for the Peterson’s case see HoC 13/12/2004, 26/02/2005, 16/03/2005, 24/08/2020, 22/09/2021.

Governor Signs into Law Bill Expanding Racial Justice Act to Prisoners Already on Death Row
California Governor Gavin Newsom has signed into law a bill that provides death-row prisoners relief from convictions or death sentences obtained “on the basis of race, ethnicity, or national origin.”
The California Racial Justice Act for All applies the provisions of the state’s 2020 Racial Justice Act to people previously convicted of felonies. The original law applied only to criminal cases in which the trial court judgment was issued on or after January 1, 2021.
The expanded Racial Justice Act (AB 256) and a second bill that would remove from death row those individuals deemed permanently mentally incompetent (AB 2657) were among 118 bills Newsom signed without fanfare on September 29, 2022 at the close of the California legislation session.
The 2022 racial justice bill creates a staggered timeline for prisoners to apply for relief. Death-sentenced prisoners and people facing deportation will be eligible first, beginning on January 1, 2023. Separated by 1-year intervals, eligibility will expand to people incarcerated for felonies, people convicted with a felony after 2015, and lastly people with older convictions, including those no longer incarcerated.
“When we passed the Racial Justice Act, we did so with a promise to not leave behind those with past criminal convictions and sentences that were tainted by systemic racial bias, both explicit and implicit, in our courts,” said Assemblymember Ash Kalra, the bill’s sponsor. “There is still much work to be done, but now AB 256 will provide a valuable tool to meaningfully address the stark racial disparities in our sentencing history.”
Natasha Minsker, Policy Advisor for Smart Justice California, praised the enactment of the bill. “AB 256 reaffirms that racism requires redress. No one should be on death row, deported, or in prison because of racism in our courts,” she said.
In his end of session actions, Newsom also vetoed 47 bills, including AB 2632, which would have limited the use of solitary confinement in California’s prisons. In his veto message, the governor noted “the deep need to reform California’s use of segregated confinement” but said the reform measure passed by the legislature went too far. “I am directing the California Department of Corrections and Rehabilitation (CDCR) to develop regulations that would restrict the use of segregated confinement except in limited situations, such as where the individual has been found to have engaged in violence in the prison,” Newsom said.
AB 2657 requires courts to vacate the death sentences of people who have become permanently incompetent to be executed. It classifies a person as “incompetent to be executed” if, “due to mental illness or disorder, an incarcerated person is unable to rationally understand either the punishment the incarcerated person is about to suffer or why the incarcerated person is to suffer it.” To qualify as permanently mentally incompetent, the death-sentenced prisoner must be both “presently incompetent to be executed” and “The nature of the mental illness or disorder giving rise to incompetence is such that the incarcerated person’s competence to be executed is unlikely to ever be restored.”

Death sentences lowered to life without parole for two men at DA’s request
James N. Blair and Anderson Hawthorne, who were sentenced to death, have been re-sentenced to life in prison without the possibility of parole at the request of the Los Angeles County District Attorney’s Office, court papers released Tuesday show.
In a written ruling, Superior Court Judge William Ryan vacated the death sentences of Blair and Hawthorne and ordered the two to spend the rest of their lives behind bars.
The judge noted that the prosecution and the defense had filed a joint petition to vacate the death sentence of Blair, whom the defense alleges has Alzheimer’s-related dementia and cannot comprehend why he is in prison or that he is on death row.
“Petitioner is currently 82 years old and has little hope of any improvement to his condition. Indeed, petitioner will likely only continue to decompensate further for the remainder of his life,” the judge noted. “In the instant case, petitioner lacks both memory of his crime and any level of understanding as to why he is to be executed. Petitioner’s advanced Alzheimer’s dementia has rendered him incapable of rationally understanding his death sentence and he is therefore incompetent to be executed.”
Blair was convicted in 1989 of the September 19841st-degree murder, along with the special circumstance allegation of murder by poison of his neighbor, Dorothy Green.

In Hawthorne’s case, the judge noted that the prosecution attached reports by two neuropsychiatrists who concluded that the defendant is intellectually disabled, mentally retarded and psychiatrically impaired and found that the evidence of intellectual disabilities “weighs heavily in favor of resentencing.”
Hawthorne, now 61, was 22 at the time of the Dec. 18, 1982 killings of Kirk Thomas and Jimmy Lee Mamon and the attempted murders of 3 other people in Los Angeles. Hawthorne had been transferred off of death row under a pilot program that allows condemned inmates to be housed at a lower security level where they have access to additional job placement opportunities, according to the judge’s ruling.
The re-sentencing requests are among those that have been made since District Attorney George Gascón took office in December 2020.
In a directive issued the day he was sworn in, the county’s top prosecutor said “a sentence of death is never an appropriate resolution in any case” and vowed that the office “will engage in a thorough review of every existing death penalty judgment from Los Angeles County with the goal of removing the sentence of death.”
5 former death row inmates, including four with cognitive or intellectual disabilities, have subsequently been re-sentenced to life in prison without the possibility of parole, according to a report released in December 2021 by Gascón‘s office.

Richard Clark’s death sentence overturned.
On July 14, 2022, a federal district court, citing juror misconduct, reversed the death sentence imposed on Richard Clark in Santa Clara County in 1987. Judge William H. Orrick of the U.S. District Court for the Northern District of California found that a juror in Clark’s case had “consulted with a religious figure about the propriety of voting for the death penalty” before deciding to vote for death, in violation of the juror’s oath to decide the case based solely on the evidence presented at trial.

Death sentence of Robert Bloom reversed.
The California Supreme Court Thursday has reversed 7-0 the death sentence for Robert Bloom, now 58, White, a man who was twice convicted of murdering his father, stepmother and 8-year-old stepsister in 1982
The court upheld Robert Bloom’s 1st-degree murder conviction in his father’s slaying but reversed 2nd-degree murder convictions in the other killings because his lawyers violated his 6th Amendment right to choose his defense.
Bloom admitted gunning down his father, Robert Bloom Sr., but denied he killed the other 2. His attorneys, however, told jurors he had killed Josephine Bloom and her daughter, Sandra Hughes, as part of a legal strategy to claim that his mental state made those crimes manslaughter and not murder.
“Defense counsel conceded, over Bloom’s objection, both that Bloom killed Josephine and Sandra and that Bloom should be held criminally liable for the killings,” Justice Leondra Kruger wrote. “Counsel’s decision to concede Bloom’s guilt on these counts cannot be squared with a rule that gives the criminal defendant the right to ‘oppos(e) . . . any admission of guilt.’”
The Los Angeles district attorney's office did not immediately say whether they will seek to retry Bloom in the other killings.
Bloom, then 18, shot his father in the front lawn then went inside the house and shot his stepmother and shot and stabbed his stepsister, prosecutors said.
Witnesses testified that Bloom's father had beaten him since he was an infant and the two frequently argued.
Bloom was first convicted in 1983 and sentenced to die in 1984. A federal appeals court overturned the case in 1997 because his attorney failed to effectively investigate and present evidence of mental impairment.
During his 2nd trial, jurors convicted Bloom of first-degree murder in his father's slaying but couldn't reach a verdict in the other two counts. After prosecutors dismissed the allegations that those killings were premeditated, jurors convicted him of second-degree murder in the slayings of his stepmom and sister.
Because Bloom had said he was insane at the time of the killings, another phase of trial was held in which jurors found he was sane when he killed his father, but they couldn't reach a sanity verdict on the two other killings.
Bloom then withdrew his plea of not guilty by reason of insanity and proceeded to the penalty phase in which he represented himself. Jurors returned a death verdict and he was sent back to death row in 2001.
The California Supreme Court reversed the death sentence because jurors had found Bloom committed multiple murders.
“The reversal of 2 of the 3 charged murder convictions also requires us to reverse the jury’s true finding on the only special circumstance alleged here, multiple murder,” Kruger wrote. “This, finally, requires us to reverse the death judgment, which cannot stand in the absence of a valid special circumstance finding.”
Although prosecutors can seek the death penalty again, that is unlikely because current District Attorney George Gascón is an opponent of capital punishment and has vowed not to pursue that punishment.

Tulare County jury recommended death sentence for Noel Herrera, 32, Hispanic.
Herrera is a known Visalia gang member, who was responsible for multiple murders from 2010 to 2017.
Officials say Herrera's first murder happened on January 9, 2010, when a 26-year-old man was killed.
The second happened on April 24, 2014, when officials say Herrera shot and killed a 25-year-old man in a drive-by shooting.
On February 15, 2017, Herrera was involved in a drive-by shooting but no one was hurt. Officials say three days later, he shot and killed a a 20-year-old man.
Shortly after the third homicide, Herrera was pulled over and police found a gun that connected him to the shooting on February 15, 2017.Herrera was found guilty of 3 counts of premeditated 1st-degree murder.
Herrera’s case had to be split into 2 separate phases, according to the DA’s office, because of a law put into effect in late 2021. The law splits criminal gang allegations from other crimes, so prosecutors need to prove gang affiliation separately from proving a crime was committed.
The formal sentencing is scheduled for March 15, 2022, in Superior Court.