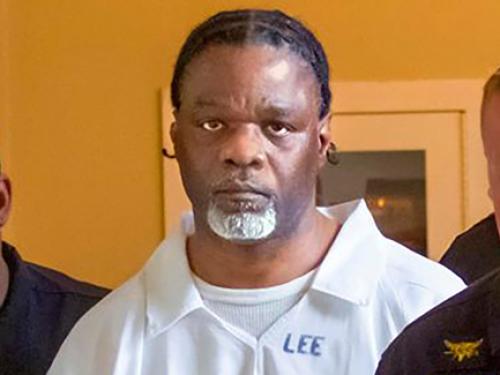 Genetic material from 1993 killing revealed years after another man executed for crime, groups say.
DNA testing has revealed genetic material from an unknown male in the evidence collected from an Arkansas murder scene years after another man was executed for the crime, civil rights groups say.
Ledell Lee was executed in 2017 after being convicted of killing his neighbor Debra Reese in 1993. Lee's family sought additional testing in the case last year, and lawyers for his family and the city of Jacksonville recently received new DNA reports, according to the Innocence Project and American Civil Liberties Union (ACLU). The groups, which have released a summary of the additional testing and fingerprint analysis, said DNA from a male who was not Lee was identified on the handle of the apparent murder weapon — a wooden club — as well as on a shirt wrapped around the weapon, saying the DNA "appears to be the same on both items." Nina Morrison, senior litigation counsel at the Innocence Project, a group that seeks to exonerate wrongly convicted people, said that Lee sought to have the DNA testing and fingerprint analysis conducted before his execution. Lee had maintained his innocence while incarcerated. “While the results obtained twenty-nine years after the evidence was collected proved to be incomplete and partial, it is notable that there are now new DNA profiles that were not available during the trial or post-conviction proceedings in Mr. Lee’s case,” Morrison said in a statement. Morrison said an investigation into the case “remains open due to the possibility of a future database ‘hit’ to the unknown male DNA or unknown fingerprints from the crime scene.”
“We are hopeful that one or more of these forensic law enforcement databases will generate additional information in the future,” she added. Lee, who was Black, was the 1st inmate in Arkansas to be executed in more than a decade when he was put to death in 2017, NBC News reported at the time. He was 1 of 4 inmates executed in the state that year. According to a local CBS affiliate, police arrested Lee roughly an hour after Reese had been killed in her residence. Police arrested Lee after witnesses said they saw him walking down the street. The ACLU and Innocence Project said in their summary that "5 interpretable fingerprints from the crime scene were examined by investigators in 1993 and it was determined that none of the prints came from" Lee. “Mitochondrial DNA profiles suitable for interpretation or exclusion were obtained from 6 of the hairs/hair fragments on the 2 slides. Ledell Lee was excluded as the source of 5 of these 6 hairs. For one hair, Mr. Lee could not be excluded as a potential source,” the groups said. After his arrest in the 1993 killing of Reese, authorities linked Lee to four other crimes with DNA — three sexual assaults and one homicide, according to the Democrat-Gazette, though the homicide and one of the assault cases were dropped. In Reese’s case, one neighbor testified that he saw Lee enter and leave the victim’s home the day of the killing, according to the Democrat-Gazette. Another said that Lee came to his door once asking for tools — what prosecutors suggested was Lee’s tactic for seeking out women home alone. Authorities said a shoe print and human blood found in Lee’s sneakers also bolstered their case.
Still, state officials have defended Lee's conviction, with Arkansas Gov. Asa Hutchinson (R) on Tuesday calling the new findings inconclusive and noting that the jury in the case found Lee guilty based on the "information that they had." "Whenever you make tough decisions, whenever you have to carry out the decision of a jury, you realize that it's been reviewed by the Supreme Court at every level," said Hutchinson, who 4 years ago set the date for Lee's execution, local ABC affiliate KTBS reported. "They affirmed the convictions, and it's my duty to carry out the law. The evidence obviously that's been uncovered is inconclusive, and the fact is that the jury found him guilty based upon the information that they had," the governor added.
Arkansas Attorney General Leslie Rutledge (R) also maintained in a statement that Lee was guilty of Reese’s murder. “The courts consistently rejected Ledell Lee's frivolous claims because the evidence demonstrated beyond any shadow of a doubt that he murdered Debra Reese by beating her to death inside her home with a tire thumper,” she told a local CBS affiliate. “After 20 years, I am prayerful that Debra's family has had closure following his lawful execution in 2017,” she added.

Bill calling for death for child rape falters----Public-defender cost raised as concern
A bill proposing to make the rape of a child punishable by death in Arkansas was voted down Tuesday in the House Judiciary Committee after concerns were raised about the cost. The U.S. Supreme Court declared in 2008 that the death penalty is an unconstitutional punishment for the crime of raping a child. Senate Bill 284, by Sen. Trent Garner, R-El Dorado, "is directly challenging that decision," the senator told the House Judiciary Committee on Tuesday. Garner said that new appointments of conservative justices to the high court in recent years present the opportunity to reverse the precedent. If enacted and upheld, SB284 would allow prosecutors to charge someone with the offense of capital rape for having sex with someone under the age of 14 along with other aggravating circumstances, such as causing serious injury or engaging in sex trafficking. The offense of capital rape would be punishable by death or life in prison without parole. The committee declined to send SB284 to the House floor on a voice vote. The bill had passed in the Senate on a 27-1 vote last month.