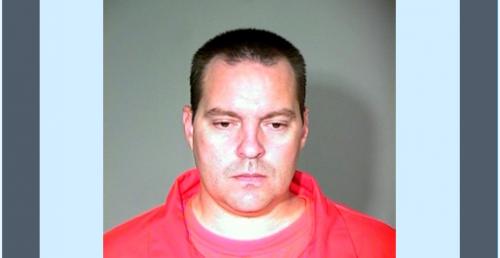 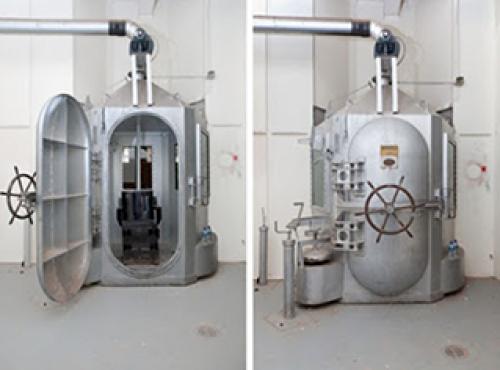 Arizona plans to use hydrogen cyanide, the gas used by the Nazis at Auschwitz 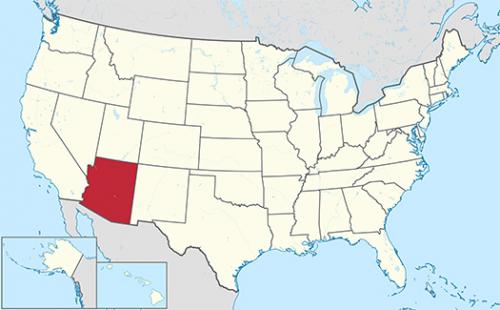 While Facing a Budget Crisis

USA - Arizona. Department of Corrections Says It Is Ready to Resume Executions

Danny Lee Jones’ death sentence overturned.
The Ninth Circuit Court, that previously denied Jones’ petition challenging his death sentence due to inadequate counsel, reversed and approved by this week.
Jones was charged and convicted of two accounts of murder in the 1st degree and 1 count of attempted murder.
Jones claimed that his right to counsel was inappropriately handled when his counselor failed to request a mental health expert to evaluate him.
Jones was evaluated by a trial court appointed psychiatrist, Dr. Jack Potts, who testified that Jones showed signs of suffering from a severe mood disorder along with multiple cerebral traumas from childhood and prolonged substance abuse.
However Jones’s counsel did not speak to Dr. Potts until one day before the sentencing and had suggested further testing by a neuropsychologist, and once hearing the testimony moved for a continuance so that an expert could conduct further psychological testing.

Arizona is planning to execute prisoners with the same deadly gas used by the Nazis at Auschwitz.
Over the past few months the Republican-controlled state has moved aggressively to restart its deeply flawed execution system.
The state of Arizona has plans to use hydrogen cyanide, the deadly gas used by the Nazis at Auschwitz and other extermination camps, to kill inmates on death row, documents obtained by The Guardian's Ed Pilkington say.
The Arizona Department of Corrections spent more than $2,000 in procuring the ingredients for the gas, The Guardian reported, citing the partially-redacted documents.
The ingredients purchased include a solid brick of potassium cyanide, sodium hydroxide pellets, and sulfuric acid, per the documents.
Cyanide is lethal in that it prevents the body from using oxygen. It was used in both World Wars - by French and Austrian troops in World War I, and by Nazi Germany in World War II. The trade name for hydrogen cyanide is Zyklon B.
The department has also refurbished a gas chamber in Florence, Arizona, built in 1949 but had not been used for 22 years, The Guardian reported.
The chamber was tested for "operational functionality" and "air tightness" last August, and in December, following a refurbishment, officials "verbally indicated that the vessel is operationally ready."
The Guardian’s documents, obtained through public records requests, show that officials have also gone to considerable lengths to revive the state’s mothballed gas chamber, housed at ASPC-Florence. A series of tests were conducted last August to appraise its “operability”.
Seals on windows and the door were checked to ensure airtightness, and drains cleared of blockage. Water was used in the tests in place of the deadly chemicals, with a smoke grenade ignited to simulate the gas.
Some of the techniques used to test the safety of the chamber were astonishingly primitive, the documents reveal. Prison officials checked for gas seepages with a candle.
The flame of the candle was held up to the sealed windows and door and if its flame remained steady and did not flicker the chamber was deemed to be airtight. In December staff declared the vessel “operationally ready”.
In a statement to Insider, the Arizona Department of Corrections, Rehabilitation and Reentry said it was "prepared to perform its legal obligation and commence the execution process as part of the legally imposed sentence, regardless of method selected."
The last person to be executed in the gas chamber in Arizona was the German national Walter LaGrand, an armed robber put to death in 1999. A witness account published in the Tucson Citizen said that it took LaGrand 18 minutes to die. The witness account said: “The witness room fell silent as a mist of gas rose, much like steam in a shower, and Walter LaGrand became enveloped in a cloud of cyanide vapor,” the Citizen reported. “He began coughing violently – three or four loud hacks – and made a gagging sound before falling forward.”
The newspaper recorded that over many minutes the inmate’s head and arms twitched, and his hands were “red and clenched”.
Arizona law says that anyone who was sentenced to death before November 1992 can choose whether to be executed by lethal injection or lethal gas.
However, there have been no executions for seven years following the botched death penalty of the murderer Joseph Wood in 2014, according to The Guardian. Woods took 2 hours to die following 15 injections as he lay gasping and gulping on a gurney.
In April, The Guardian reported that the state had spent $1.5 million on execution drugs, including one thousand 1-gram vials of pentobarbital sodium salt.
Pentobarbital is used in Arizona in 5-gram doses to cause a fatal overdose.

DoC Paid $1.5 Million for Execution Drugs.
While Facing a Budget Crisis.
At a time in which the Arizona Department of Corrections is facing criticism for crumbling infrastructure, substandard medical care, and understaffing, the department has spent $1.5 million to purchase the lethal-injection drug pentobarbital from an undisclosed source. The exorbitant price, experts say, is a function of the questionable use of the drug for non-medical purposes and the secretive nature of the transaction.
Records obtained by The Guardian show that, in October 2020, Arizona ordered 1,000 vials of the barbiturate pentobarbital. Each one-gram vial cost the state $1,500, for what the newspaper described as a “jaw-dropping” total of $1.5 million. A heavily redacted invoice shows that the state ordered 4–8 “unlabeled” jars to be shipped in “Unmarked jars and boxes” to an Arizona location “to be determined.” The state’s execution protocol calls for five grams of the drug, so the vials would be enough for 200 executions in a state that has 119 people on death row.
Assistant federal defender Dale Baich, whose office represents numerous Arizona death-row prisoners, issued a statement April 9 saying: “We are shocked to learn of the steps Arizona has taken to hide the facts related to its effort to carry out executions. Taxpayer money should not be spent in this manner without complete transparency — certainly not with unmarked boxes and ‘heavily redacted documents’ … and not with the shroud of secrecy in which Arizona has cloaked its execution processes.”
“For the State to spend $1.5 million on execution drugs is even more disturbing given recent reports about the budget crisis at the Department of Corrections,” Baich said. “Surely there is a better use for this money than carrying out executions.”
Prashant Yadav, a lecturer at Harvard medical school, said that states have paid as much as a 1,000% markup on execution drugs, compared to the usual market price of the drugs.

Arizona Department of Corrections Says It Is Ready to Resume Executions
Arizona corrections officials have announced that the state has procured a supply of an execution drug and is now able to resume executions after a nearly seven-year hiatus.
David Shinn, director of the Arizona Department of Corrections, Rehabilitation and Reentry (ADCRR), notified Arizona Attorney General Mark Brnovich that the prison had obtained pentobarbital and “now stands ready to commence the execution process.”
The last execution in Arizona took place on July 23, 2014, when the state injected 15 doses of midazolam and hydromorphone into Joseph Wood over the course of a two-hour execution. Witnesses reported that Wood gasped and snorted more than 600 times during the execution. The same two-drug protocol had been implicated in Ohio’s botched execution of Dennis McGuire earlier in 2014. Subsequent litigation forced the state to abandon that execution protocol. It announced plans to use a single-drug protocol of the barbiturate pentobarbital but could not obtain a supply of the drug.
An estimated 22 Arizona death-row prisoners have exhausted their appeals and face possible execution.
ADCRR did not say how much pentobarbital it had obtained and, in keeping with the state’s secrecy policy, did not reveal the source of the drugs. In October, the state said it had found a compounding pharmacy that would supply the drugs.
Arizona joins Texas and other states in purchasing pentobarbital from compounding pharmacies. The federal government also used compounded pentobarbital in the 13 executions it carried out in 2020 and 2021, but it is unclear who supplied the drug.
Arizona had previously engaged in illegal practices in its efforts to purchase execution drugs. In 2015, the Food and Drug Administration seized a shipment of sodium thiopental at the Phoenix airport. The state had attempted to import the drug from Harris Pharma, a supplier in India that had falsely claimed to have produced the drug, when it had actually purchased it from another manufacturer and resold it at a significant markup.
Dale Baich, chief of the federal defender capital habeas unit in the Arizona federal defender’s office, said his team will need more time to determine whether to challenge the state’s new plan in court. “As more information becomes available, we will continue to assess the situation with regard to the safety and efficacy of the drugs, the legitimacy of the supply and the readiness of the corrections department to go forward,” Baich said.
Recent autopsy studies and evidence from the federal executions have shown that most prisoners executed with pentobarbital experience flash pulmonary edema, a condition in which their lungs fill with fluid while they are still conscious, causing them to experience what doctors say is an excruciating sensation likened to waterboarding and drowning.