government: Parliamentary democracy under a constitutional monarchy
state of civil and political rights: Free
constitution: 30 November 1966
legal system: based on English common law
legislative system: bicameral Parliament consists of the Senate and the House of Assembly
judicial system: Supreme Court of Judicature (judges are appointed by the Service Commissions for the Judicial and Legal Service); Caribbean Court of Justice is the highest court of appeal
religion: Protestant 63.4% , Roman Catholic 4.2%, other Christian 7%, other 25.4% (2008 est.)
death row: 11 (as of end 2014, according to Amnesty International)
year of last executions: 0-0-1984
death sentences:
executions: 0
international treaties on human rights and the death penalty:
situation: 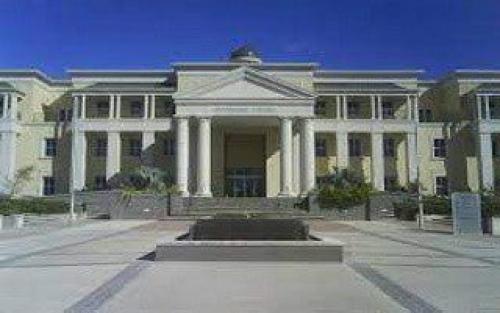 The Court of Appeal in Barbados has ruled that Jamar Dwayne Bynoe, who was previously been sentenced to death by hanging for his role in the 2010 fire at a store that resulted in the deaths of six women, return to the High Court for sentencing.

The Court of Appeal in Barbados has ruled that Jamar Dwayne Bynoe, who was previously been sentenced to death by hanging for his role in the 2010 fire at a store that resulted in the deaths of six women, return to the High Court for sentencing. But the Appeal Court upheld his conviction even as it vacated ‘the sentence of death.”
Bynoe had appealed his 2016 conviction for murdering six women in the September 3, 2010, Campus Trendz fire.
A jury had found him guilty of six counts of murder following the deaths of Shanna Griffith, Kelly-Ann Welch, Pearl Cornelius, Kellishaw Olivierre, Nikita Belgrave and Tiffany Harding.
However, the Trinidad-based Caribbean Court of Justice, (CCJ) the island’s highest court, had in another matter ruled that the mandatory death sentence in Barbados was unconstitutional.
“The conviction is upheld. The sentence of death is vacated. The appellant is returned to the trial court for re-sentencing pursuant to Section 2(a) (1) of the Offences Against the Persons Act and the Offences Against the Persons Amendment Act, at the earliest opportunity,” Appeal Court Judge Justice Margaret Reifer ruled on June 7, 2022.
Former Court of Appeal Chief Justice, Sir Marston Gibson, former Appeal judge, Madam Justice Kaye Goodridge and Justice Reifer had heard the appeal.