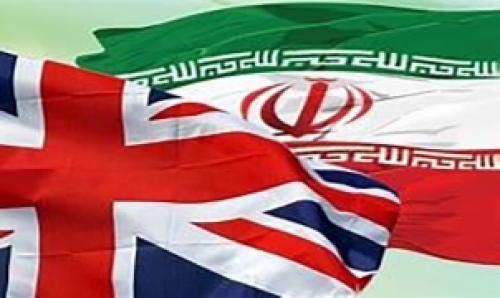 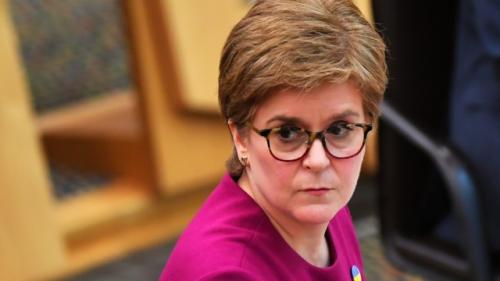 Scotland’s Prime Minister Nicola Sturgeon on 8 March 2022 in Edinburgh issued an official government pardon for thousands of women convicted of witchcraft in XVI and XVII Centuries and were killed “simply because they were women. 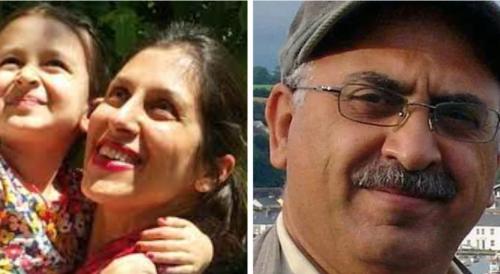 Iran tried to assassinate British residents 10 times this year, MI5 reveals
Iran has plotted the assassination and kidnapping of at least 10 British residents it accuses of being “enemies of the regime”, the head of MI5 disclosed today.
In his annual speech on the threats facing the UK, Ken McCallum, MI5’s director general, said Iran’s “aggressive intelligence services” had crossed over into launching terrorist attacks on British soil
In a wide ranging assessment, Mr McCallum said Russia’s spy network had been “struck the most significant blow… in recent European history” as a consequence of consolidated international opposition to Vladimir Putin’s invasion of Ukraine.
He said 400 Russian spies had been ejected from European countries since the start of the war and that the UK alone had refused 100 Russian diplomatic visa applications on “national security grounds”.
Mr McCallum said that since the summer when he issued a chilling warning over China’s”game-changing strategic challenge” to the UK, MI5 had seen “yet more concerning activity” that included the “harassment and assault” of Chinese dissidents living in Britain.
Mr McCallum also disclosed that eight “potentially deadly” terrorist plots by both Islamist and right wing extremists had been thwarted in the past 12 months.
A quarter of MI5’s counter terrorism work now involves investigating and disrupting extreme right wing plots compared to a fifth of its case load a little over a year ago.
Mr McCallum’s warning over Iran follows the disclosure last week that two Anglo-Iranian journalists working for an independent Persian language television channel, based in the UK, had been targeted for assassination by the Tehran regime.
Mr McCallum said Iran was the “state actor which most frequently crosses into terrorism”. The current wave of protests had prompted the regime to “resort to violence to silence critics,” said Mr McCallum, adding: “Iran projects threat to the UK directly, through its aggressive intelligence services.
“At its sharpest this includes ambitions to kidnap or even kill British or UK-based individuals perceived as enemies of the regime. “We have seen at least ten such potential threats since January alone.”

Scotland’s Prime Minister Nicola Sturgeon on 8 March 2022 in Edinburgh issued an official government pardon for thousands of women convicted of witchcraft in XVI and XVII Centuries and were killed “simply because they were women. During this period about 4000 people in Scotland were accused of practicing witchcraft, 84% of them women. In total, more than 2,500 were hanged for witchcraft, often strangled and then burned, after confessions extracted under torture.
On 8 March, International Women’s Day, Nicola Sturgeon called on the Scottish Parliament to ‘recognize this total historical injustice’ and to grant a formal posthumous pardon for all those accused, slandered or hanged under the Witchcraft Act 1563. This law gave the death penalty to the perpetrators of witchcraft and was in effect until 1736.
“When women were not even allowed to testify in court, they were accused of being poor, differentiated, vulnerable, or in many cases being killed because they were women,” said Nicola Sturgeon, leader of the SNP’s Freedom Party.
An association of Scottish witches has been campaigning for two years for this official apology, as well as a national monument to forgive all the perpetrators of witchcraft and to commemorate these unknown plays.
Nicola Sturgeon said the Scottish Parliament could pass legislation that would allow the requested amnesty.
Justifying his decision to apologize, the Scottish Prime Minister argued that it was “important” to acknowledge past injustices. “Even today, there are areas in the world where women and girls are accused of practicing witchcraft and are subject to persecution and sometimes death,” he said.
Nicola Sturgeon concludes, “The law of witchcraft in Scotland may have been passed a long time ago, and there is no deep-seated female hatred that provoked it” and “we still live with it.”

Nazanin Zaghari-Ratcliffe and Anousheh Ashouri Freed
Zaghari-Ratcliffe and Ashouri are reportedly on their way back to the UK after years of captivity in Iran.
News of the dual nationals’ transfer to Imam Khomeini Airport was broken this morning by Nazanin’s local member of parliament in London, Tulip Siddiq. “Nazanin is at the airport in Tehran and on her way home,” the MP wrote on Twitter shortly after 10am GMT. Their lawyer Hojjat Kermani then confirmed to Reuters that both Nazanin and Anousheh were expected to leave Iran on Wednesday.
Islamic Republic of Iran Broadcasting then reported that the pair had been handed over to “the British government” at Imam Khomeini Airport and were due to leave the country on the same day. Judiciary spokesman Zabihullah Khodaian then confirmed to Fars News Agency that Nazanin Zaghari-Ratcliffe had served her sentence and the travel ban on her had been lifted, while Anousheh Ashouri was said to have been “pardoned” and granted “conditional release”.
News of Nazanin and Anousheh’s apparent release came barely 24 hours after it emerged Nazanin’s British passport has been returned to her for the first time since her arrest in summer 2016. Both she and Ashouri, who was arrested after flying to Tehran to visit his elderly mother in 2017, have been held hostage in Iran on fabricated “espionage” charges – and later in Nazanin’s case, for so-called “propaganda against the regime” over a historic $400m debt Tehran claims it is owed by the UK, which precedes the Islamic Revolution.
British officials have remained tight-lipped on if, how and when the demand will be met and a related case is technically still ongoing in the High Court in London. But on Wednesday morning, Foreign Secretary Liz Truss told reporters: “We have been clear this is a legitimate debt that we do owe Iran and we have been seeking ways to pay it.”
Iran’s official news agency IRNA also briefly carried a line in its online coverage of the day’s events stating that Morad Tahbaz, a British-Iranian-American environmentalist born in Hammersmith, West London, had also been released on furlough. Tahbaz has cancer and has been held in Iran since January 2018, facing a 10-year sentence for “espionage”.
The line was deleted by IRNA shortly afterward. But in a subsequent tweet, Truss said the same. “I can confirm Nazanin Zaghari-Ratcliffe and Anousheh Ashouri will return to the UK today, and Morad Tahbaz has been released from prison on furlough,” she wrote on Twitter. “They will be reunited with their families later today.”
Rupert Skilbeck, the director of Redress, an NGO that works with the victims of torture, told the UK’s Sky News that he had been in contact with Nazanin’s husband Richard Ratcliffe on Wednesday morning. “We understand that Nazanin is still in the control of the Revolutionary Guard,” he said. “The handover hasn’t yet taken place.
“It’s obviously the final stages of the release, where she will hopefully be put on a plane. But until that actually happens, everyone is incredibly anxious. We can only imagine what these last moments are like for them.”
Reuters has since reported, citing “a source close to the families”, that both Anousheh and Nazanin have since left Iran. British newspaper The Times has reports that Nazanin is expected to arrive back in the UK this evening on a government-chartered plane.